What is the opinion of the Dalai Lama over the Tawang Clash?

What is the opinion of the Dalai Lama over the Tawang Clash?

The Tawang clash has been a point of contention between India and China, two of the world's most powerful nations. In response to a query over the Tawang clash, the Dalai Lama, the spiritual leader of Tibet, made a statement at Kangra Airport in Himachal Pradesh.

Dalai Lama said, “Now things are improving, I think in Europe and Africa and also in Asia. Now China also is more flexible. Ok. But there is no point to return to China. I prefer India, it is the best place, and Kangra, Pandit Nehru's choice. This place is my permanent residence. It’s very right. Thank you.”

The Dalai Lama also spoke about his physical health, by saying, 'Medical checkup. Otherwise so basic sort of physical condition no problem. There is little pain (shows his left arm near shoulder) otherwise no problem.”

The Dalai Lama has long been critical of the Chinese government's actions against Tibet, and the Tawang clash has been deemed one of the major points of contention between both countries. His words at Kangra Airport could be seen as an indication of his opinion on the matter.

The Dalai Lama's opinion on the Tawang clash is a reflection of his decades-long commitment to the cause of Tibetan autonomy and his desire for peace and stability in the region. He has consistently advocated for a peaceful resolution to the conflict between India and China, and his statement at Kangra Airport is a testament to this stance.

Overall, the Dalai Lama has a positive outlook on the Tawang Clash, believing that it should not be a source of contention between India and China. He also has a great amount of respect and faith in India, as he has chosen Kangra as his permanent residence. The Dalai Lama is also in good health, and his high spirits are a testament to his commitment to peace and understanding between India and China. 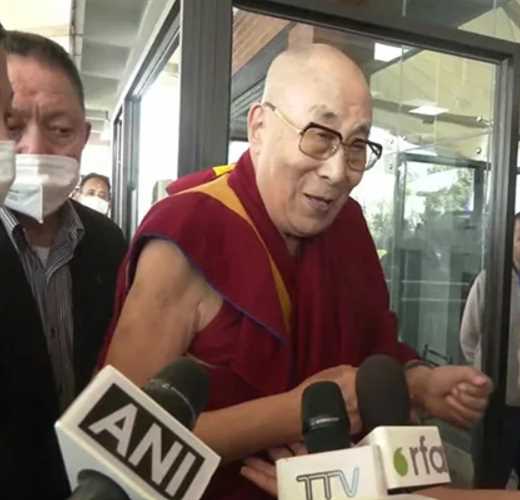 Add comment
answered 20-Dec-2022 by Subhamay Ganai
Comment
0
Gurus and religious identity have always supported India and its nationality but still, the People's Liberation Army does not care about religious sentiments and continues its aggression in the border area of India. Indian Army is great in giving a just reaction every time. - Sanjay Goenka 22-Dec-2022