What is the present situation of the India-China border?

What is the present situation of the India-China border?

The India-China border has been a source of tension for decades, and it has taken on a whole new meaning in recent years. The two nuclear-armed neighbors are engaged in a long-standing territorial dispute over the Aksai Chin region, which is a part of the disputed region of Jammu and Kashmir. The India-China border has been in a state of tension for many years, and the situation is becoming increasingly volatile. This border is one of the most sensitive areas in the world, as it is an area of contention between two nuclear-armed nations.

The present situation of the India-China border is complex and rapidly evolving. In recent years, there has been a noticeable increase in military activity along the border. This has included an increase in the number of troops deployed, the construction of additional military infrastructure, and border skirmishes.

In 2017, a brief but intense conflict occurred between Indian and Chinese troops in the disputed area of the Doklam Plateau, which lies between India and China. This conflict was seen as a major escalation in tensions between the two countries and resulted in the relocation of thousands of Indian troops to the region.

Since then, there have been multiple instances of border clashes and military posturing. In 2020, Indian and Chinese troops engaged in a series of face-offs and clashes in multiple locations along the border, including in the Galwan Valley, Pangong Tso Lake, and Gogra-Hot Springs. These clashes resulted in the deaths of 20 Indian soldiers and an unknown number of Chinese troops.

The India-China border remains a flashpoint for tension between the two countries. Both India and China have been taking steps to increase their military presence along the border, and there is a fear that the situation could easily escalate into open conflict. The governments of both countries have been calling for restraint and dialogue to resolve the dispute, but there has yet to be any tangible progress toward de-escalation.

The India-China border dispute is a complex and delicate situation that requires careful diplomacy and restraint from both sides. With the stakes so high, it is crucial that all parties involved work together and find a peaceful solution. Until then, the India-China border will remain a source of tension and uncertainty. 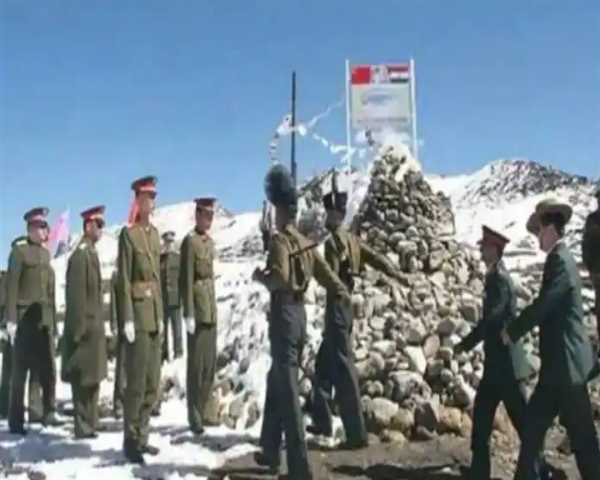