Why Tabligih Jamaat banned in Iran and Saudi Arabia?

Why Tabligih Jamaat banned in Iran and Saudi Arabia?

The Tablighi Jamaat is a transnational Islamic missionary movement that is banned in both Iran and Saudi Arabia. The movement was founded in India in the 1920s by Maulana Ilyas Kandhlawi. It advocates a return to the fundamental beliefs and practices of Islam, and its ultimate goal is the propagation of the faith. The movement has been accused of having links to terrorism, and its members have been detained and deported from both countries.

The Tablighi Jamaat's activities have been described as 'a threat to the stability of the region' by the Saudi government. In Iran, the movement is seen as a 'threat to the country's security and stability'.

The Saudi government has accused the Tablighi Jamaat of 'inciting violence and promoting terrorist ideology'. In Pakistan, the movement is accused of 'spreading extremism and hate'.

The Tablighi Jamaat has denied all these accusations and has said that it is a peaceful movement that is only interested in the propagation of the faith.

In Saudi Arabia and Iran, the government has outright banned the group, deeming it a 'security threat.' But why? 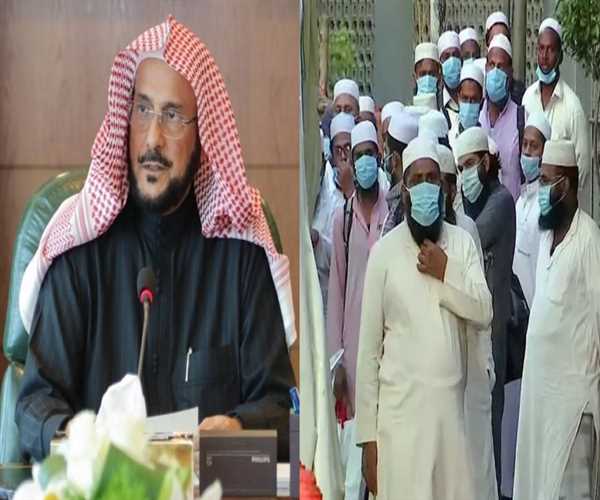 There are a number of reasons why these governments see Tablighi Jamaat as a security threat.

First and foremost, the group is seen as a proselytizing organization that is trying to convert people to Islam. This is a sensitive issue in both Saudi Arabia and Iran, where the majority of the population is Shiite Muslim.

The group is also seen as being closely linked to the Sunni terrorist group, al-Qaeda. In fact, a number of al-Qaeda leaders, including Osama bin Laden, were once members of Tablighi Jamaat.

Finally, the group is believed to be involved in a number of criminal activities, including money laundering and human trafficking.

All of these factors have led the Saudi and Iranian governments to view Tablighi Jamaat as a serious security threat. In response to this, both countries have banned the group and its members from operating within their borders

The Iranian government has declared that the group is a 'danger to society.' The group has also been called 'anti-revolutionary.' All of these allegations have been refuted by the Tablighi Jamaat. Maulana Muhammad Ilyas Kandhlawi, the group's founder, preached a message of social reform and nonviolence. The group's mission is to instill moral and spiritual values in Muslims. Because of its preaching style and emphasis on social reform, the group has been banned in Saudi Arabia and Iran. The organization has also been accused of having ties to terrorist organizations.