Femina Miss India World 2019, the crown was headed over to “Suman Rao” the Miss India Rajasthan. 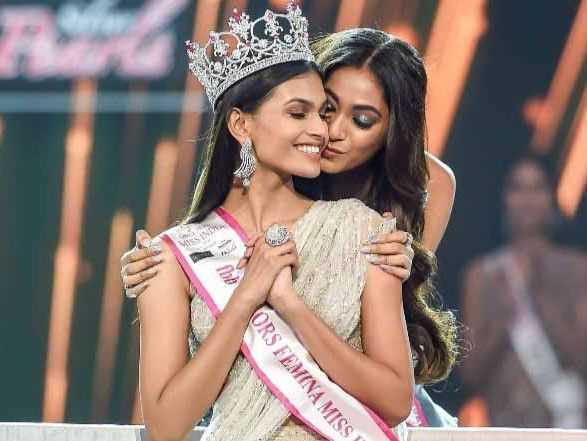 Suman was born on November 23, 1999, in Rajasthan but raised in Navi Mumbai, where she completed her schooling. In the presence of star-studded grand finale of the beauty pageant, organized on June 15, 2019, at the Sardar Vallabhbhai Patel Indoor Stadium in Mumbai. Suman Rao the successor was crowned by Miss India 2018, Anukreethy Vas from Tamil Nadu has crowned Miss India 2019. Whereas Miss India United Continents 2019, crowned Shreya Shankar from Bihar, and Shivani Jadhav from Chattisgarh was crowned, Miss Grand India 2019. She is also the first runner up. After all this, the Femina Miss Grand India 2019, will represent India at Miss World 2019 in Thailand.
The final event of Miss India pageant 2019 was flooded with stars attendance, with Katrina Kaif and Vicky Kaushal did the stage performance on Bollywood's hit dance numbers during the pageant. The pageant was however hosted by Bollywood's one of the favorite producer, Karan Johar along with Manish Paul and Miss World 2017 Manushi Chhillar.
Bollywood divas including, Huma Qureshi, Dia Mirza, Neha Dhupia, and Chitrangada Singh were also made their presence count in the event. Also, the handsome Aayush Sharma also made it to the red carpet, the fashion designer Falguni Shane Peacock and Indian footballer Sunil Chhetri among others.
Add comment
answered 05-Jul-2019 by Anonymous User