Why Finland and Sweden are joining NATO?

Why Finland and Sweden are joining NATO?

Finland and Sweden are two of the most peaceful and stable countries in Europe, with a long tradition of neutralism and non-alignment. However, in recent years, both countries have shown increasing interest in closer ties with NATO, the North Atlantic Treaty Organization. The reasons for this shift are complex and include a changing security landscape, growing concerns about Russia, and a desire to enhance their defence capabilities.

One of the main reasons for Finland and Sweden's interest in NATO is the changing security landscape in Europe. In recent years, Europe has faced a number of security challenges, including the ongoing conflict in Ukraine, the refugee crisis, and the threat of terrorism. Additionally, the rise of China and the increasing assertiveness of Russia have added to the sense of uncertainty in the region. For Finland and Sweden, joining NATO would provide them with greater security and stability and help them to better address these challenges. 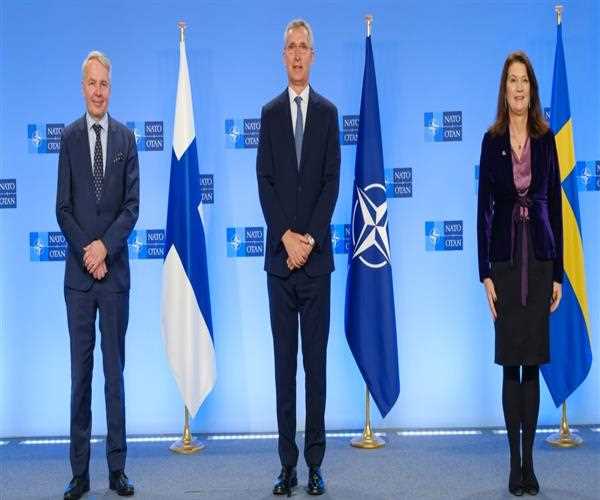 Another factor driving Finland and Sweden's interest in NATO is their growing concerns about Russia. In recent years, Russia has been increasingly aggressive in its foreign policy, and has been accused of violating the sovereignty of neighboring countries, including Ukraine and Georgia. Additionally, Russia has been engaging in military exercises and deploying troops in the region, which has heightened concerns about its intentions. For Finland and Sweden, joining NATO would provide them with a stronger defence against any potential aggression from Russia.

Finally, Finland and Sweden are interested in joining NATO because they want to enhance their defence capabilities. Both countries have limited military resources and are looking to increase their readiness and ability to respond to security challenges. By joining NATO, they would be able to tap into the resources and expertise of the alliance and work together with other NATO members to improve their defence capabilities. Additionally, NATO membership would provide Finland and Sweden with greater access to the latest technology and equipment and allow them to participate in joint military exercises and training.

In conclusion, the reasons for Finland and Sweden's interest in joining NATO are complex and multifaceted. However, it is clear that both countries are seeking greater security, stability, and defense capabilities in a changing security landscape. Whether or not they will actually join NATO remains to be seen, but it is clear that the alliance will continue to play an important role in Europe's security and stability in the years to come.