What did the Muslims think about Mohan Bhagwat (RSS)?

What did the Muslims think about Mohan Bhagwat (RSS)?

The views of Muslims towards Mohan Bhagwat, the leader of the Rashtriya Swayamsevak Sangh (RSS), a Hindu nationalist organization in India, are varied and complex. Some Muslims view Bhagwat and the RSS as a threat to their community and to the secular nature of India. In contrast, others believe that the organization's focus on Hindu nationalism is not necessarily in opposition to the Muslim community.

One concern among Muslim communities is that the RSS and Bhagwat's leadership promote a vision of India that is exclusively Hindu, which could lead to marginalization or discrimination against Muslims and other minority groups. This perception is reinforced by the RSS's history of promoting Hindutva, or Hindu-ness, as the core of Indian identity and its involvement in communal violence against Muslims in the past.

However, some Muslims believe that the RSS's focus on Hindu nationalism is not necessarily at odds with their own religious and cultural identity. Some argue that the organization's emphasis on traditional Indian values and culture aligns with the Muslim community's emphasis on preserving its cultural heritage. Additionally, Bhagwat's statements that the RSS is not anti-Muslim and that it seeks to maintain a harmonious relationship with all communities in India have been seen positively by some Muslim individuals and groups.

In conclusion, the views of Muslims towards Mohan Bhagwat and the RSS are diverse and complex. While many Muslims view the organization as a threat to their community and to the secular nature of India, others see it as a cultural organization that aligns with their values. It is important for leaders like Bhagwat to continue working towards building bridges between communities and promoting mutual understanding and respect. 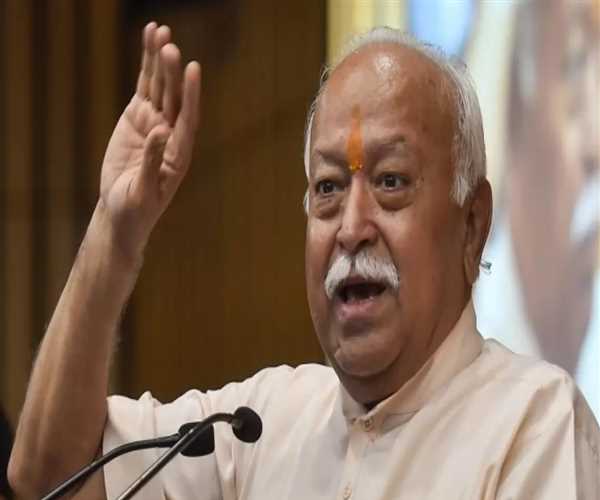