What is Hindutva? What are some reasons why people support Hindutva

What is Hindutva? What are some reasons why people support Hindutva

The word 'Hindutva' is of relatively recent coinage, having been popularized by Vinayak Damodar Savarkar in the early 20th century. The term was originally coined by Vinayak Damodar Savarkar in his 1923 pamphlet, 'Hindutva: Who Is a Hindu?'. The Hindutva movement was later popularized by M.S. Golwalkar, the second leader of the Rashtriya Swayamsevak Sangh (RSS), a Hindu nationalist volunteer organization. Hindutva is best understood as an ideology of Hindu nationalistic revivalism. Its proponents believe that India is and should be a Hindu nation and that Hindus are its rightful rulers.

The Hindutva movement has been described as a form of Hindu nationalism, as it seeks to promote Hindu values and Hindu unity. Hindutva supporters believe that India is a Hindu nation and that all Hindus should be united under one banner. They also believe that India's Muslims and Christians are foreign elements who do not belong in India.

There are a number of reasons why people support Hindutva. 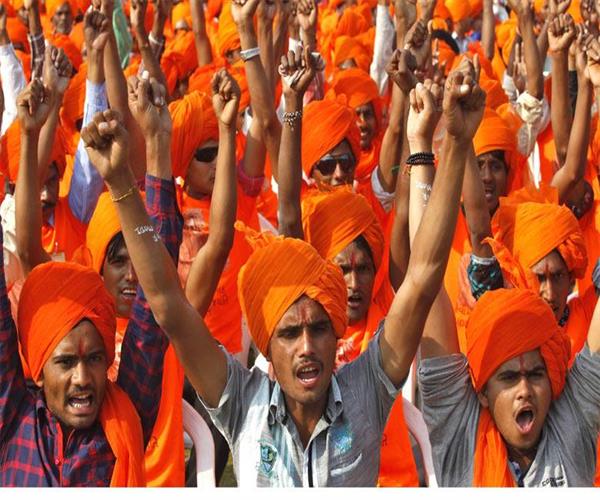 Whatever the reasons for supporting Hindutva, there is no doubt that the Hindutva movement has had a significant impact on Indian politics and society. The movement has been blamed for a number of riots and acts of violence, and its supporters have been accused of being intolerant of other religions and cultures. However, Hindutva supporters argue that they are only trying to protect Hinduism and that they are not responsible for the violence that has occurred in the name of Hindutva.

Critics of Hindutva point to its exclusivist and intolerant ideology, as well as its often violent and reactionary politics. They also point to the fact that many of its leaders have been convicted of criminal offenses, including hate speech and incitement to violence. Nevertheless, Hindutva remains a potent force in Indian politics, and its supporters continue to believe that it is the only way to protect and promote Hinduism, and to achieve prosperity and greatness for India.