Which Hindu temple is the largest in the world?

Which Hindu temple is the largest in the world?

The Srirangam Temple is often cited as the largest functioning Hindu temple in the world. Located in the state of Tamil Nadu in South India, the temple complex has an area of 156 acres (631,000 m²) and a perimeter of 4,116m (10,710 feet). This makes it the biggest temple in India and one of the largest religious complexes in the world.

The temple is dedicated to the Hindu god Vishnu and is also known as Sri Ranganathaswamy Temple. It is a remarkable temple complex with seven concentric walls, 21 gopurams (towers), and 49 shrines. It is believed to have been constructed over the years between the 10th and 18th centuries, with contributions from different rulers who ruled over the region.

The Srirangam Temple is an important pilgrimage spot for Hindus. Every year, millions of devotees flock to the temple to pay their respects and offer prayers. Furthermore, it is considered to be a temple of great spiritual significance, with many devotees believing that the temple has the power to grant them wishes.

The temple complex is home to many unique features which capture the imagination. For instance, the temple features more than 3500 stone pillars and many stunning carvings of different Hindu gods and goddesses. Additionally, the temple contains a large pond known as the Maha Pushkarani, which is said to be the biggest temple tank in India.

The Srirangam Temple is an awe-inspiring sight and a must-visit for anyone who wants to experience the grandeur of Hindu culture and tradition. Whether you’re a devotee, a spiritual seeker, or just a tourist, the temple offers an unforgettable experience that will leave you in awe.

If you’re looking to visit a Hindu temple that’s truly unique, the Srirangam Temple should definitely be at the top of your list. It is often cited as the largest functioning Hindu temple in the world, and it is an important pilgrimage spot for Hindus. With its grand architecture, stunning carvings, and vast size, the temple offers an unforgettable experience. 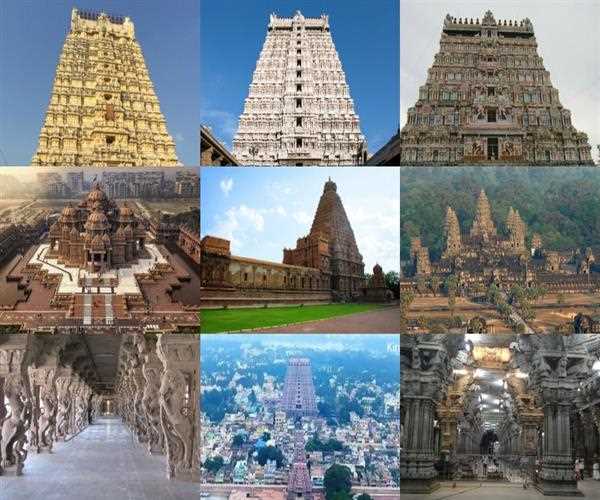