Why Christian Conversion is a slow poison for Hindus?

Why Christian Conversion is a slow poison for Hindus?

The issue of Christian conversion has been a source of controversy in India for centuries. Hindus have long feared that Christian missionaries are attempting to convert them to their faith. This fear has been exacerbated in recent years as Christian proselytising has become increasingly aggressive and pervasive.

Conversion to Christianity is a slow poison for Hindus because it erodes the social fabric that is the foundation of Hindu society. Hindus have traditionally been able to practice their religion without interference from other faiths. However, when a Hindu converts to Christianity, this practice is disrupted. The converted individual is no longer part of the Hindu cultural and spiritual tradition, and this disruption can cause a ripple effect that can spread through the community.

Furthermore, conversion to Christianity weakens the traditional Hindu caste system. The caste system is an ancient social hierarchy based on occupation and birth that has served as the backbone of Hindu society for centuries. However, when an individual converts to Christianity, they are no longer bound by the caste system and can move freely between social classes. This can create tension and resentment among members of the community, as those of lower caste may feel that their traditional status has been undermined. 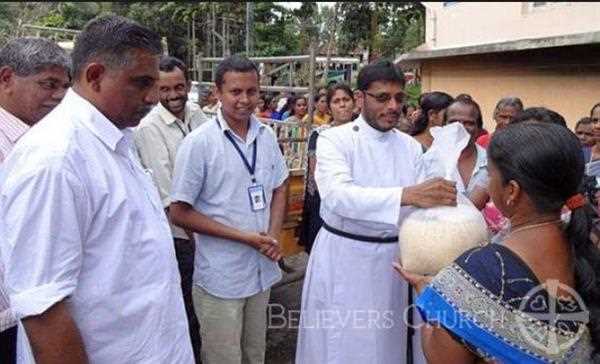 In addition, conversion to Christianity often results in the loss of traditional Hindu beliefs and practices. Hinduism is a religion that is deeply rooted in tradition and culture, and conversion to Christianity often entails the abandonment of these beliefs. This can have a profound effect on individuals, as they may find that their traditional beliefs no longer provide them with the same level of comfort and security.

Ultimately, Christian conversion is a slow poison for Hindus because it disrupts the social and spiritual fabric of Hindu society. It can weaken the caste system, erode traditional beliefs, and undermine the religious practices that Hindus have held dear for centuries. For these reasons, it is important that Hindus remain vigilant and oppose the spread of Christian conversion in India.