Why Hindus convert to Christianity while Europeans are leaving it?

Why Hindus convert to Christianity while Europeans are leaving it?

The question of why Hindus are converting to Christianity while Europeans are leaving is one that has been around for quite some time. It’s a complex issue with no definitive answer, so let’s dive into the various factors at play.

First and foremost, the most obvious factor is the social and cultural pressures that Hindu communities experience in India. Hinduism has been a major religion in India for centuries, but in recent years, a number of other religions have been gaining more influence. This has resulted in a shift in the power dynamics between the various religious groups. As a result, Hindu converts to Christianity may feel that Christianity provides them with a sense of belonging or acceptance that they may not receive within their own religious community.

The second reason why some Hindus are converting to Christianity is the appeal of the gospel message. Christianity is a faith that offers the promise of redemption and eternal life. For many, it can be a source of hope and assurance in trying times. In an increasingly secular world, Christianity can provide a sense of comfort and purpose.

Finally, there are those Hindus who may view Christianity as a way to escape the caste system. In many parts of India, the caste system is still very much in place and can be a source of discrimination and exclusion. By converting to Christianity, some Hindus may be seeking to break free from the chains of tradition and gain a sense of freedom and dignity. 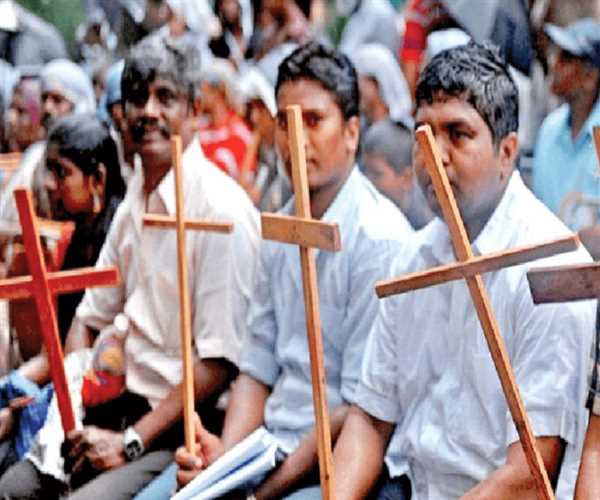 On the other hand, Europeans are increasingly leaving Christianity for a variety of reasons, including the rise of secularism and the growing influence of scientific thought. The rejection of traditional beliefs, the embrace of individual autonomy, and the diminishing importance of organized religion are all factors that have contributed to the decline in church attendance in Europe.

In conclusion, while the reasons why Hindus are converting to Christianity and Europeans are leaving it can be complex, the motivations behind these shifts are worth exploring. By understanding the various motivations, we can better understand the changing religious landscape and the impact these changes have on individuals, communities, and societies.