Why are Indians converting their religion to Muslims and Christian?

Why are Indians converting their religion to Muslims and Christian?

It is not uncommon to see people converting from one religion to another, and in India, this is no different. There are many reasons why people might choose to switch religions, and in this article, we will explore some of the most common ones. The Indian Constitution provides for freedom of religion. All Indian citizens have the right to profess, practice, and propagate their religion. However, there have been instances of people converting to other religions, either due to coercion or attraction towards the other religion. 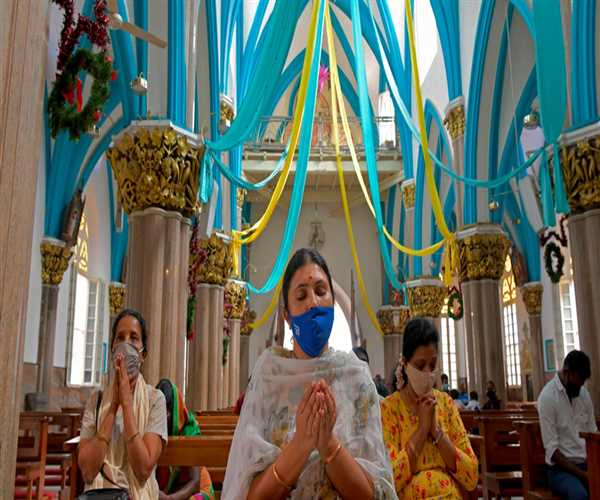 There are many reasons why Indians may convert to Islam or Christianity. Some may do so because they are attracted to the teachings of these religions, while others may feel that they have been discriminated against by members of their own religion.

One of the primary reasons why people convert to Islam or Christianity in India is due to the caste system. The caste system is a system of social stratification that has been in place for centuries, and it dictates what people can and cannot do based on their birth. This system often leads to discrimination and exclusion, and many people have chosen to leave Hinduism because of it.

Another reason why people might convert to Islam or Christianity is because of the treatment of women in Hinduism. In Hinduism, women are often seen as second-class citizens, and they do not have the same rights as men. This can be a major factor in why someone would want to leave Hinduism and convert to a religion that treats women more equally.

Finally, another reason why people might convert to Islam or Christianity is because of the violence that is often condoned in Hinduism. Although not all Hindus condone violence, there are some who believe that it is necessary in order to protect their religion. This can be a major factor in why someone would want to leave Hinduism and convert to a religion that is more peaceful.

It is important to remember that everyone has the right to choose their own religion. Conversion should not be forced upon anyone.

These are just a few of the many reasons why people might choose to convert to Islam or Christianity in India. If you are considering converting to either of these religions, it is important to do your research and make sure that you are doing so for the right reasons.