Why are Iranians genetically different from West Asian Arab countries?

Why are Iranians genetically different from West Asian Arab countries?

The Middle East is a region of tremendous cultural, geographical, and ethnic diversity. Within this region, Iran is particularly distinct, both in its culture and its genetics. While Iran is geographically located in the Middle East, its people are distinct from the Arab populations of the region. In this article, we’ll discuss why Iranians are genetically different from their West Asian Arab counterparts. 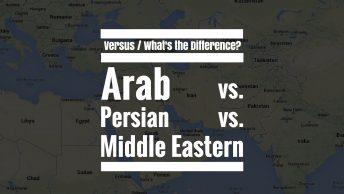 All in all, Iranians are genetically distinct from their Arab neighbors in the Middle East. This is largely due to the region’s long history of migrations and invasions, as well as its geographic isolation. Additionally, the unique genetic makeup of Iranians, which includes an amalgamation of indigenous and foreign populations, has contributed to the country’s distinct genetic profile. Finally, the influx of immigrants from other nations has further enriched Iran’s genetic diversity, making Iranians even more distinct from their Arab neighbors.