How did Russia's invasion in Ukraine affect the world?

Why is Turkey finding it difficult to join the European Union?

Since Russia’s invasion of Ukraine in 2022, the world has been watching the events unfold with great interest. The annexation of Crimea and the ensuing destabilization of eastern Ukraine have raised significant concerns about the future of the region and the global order.

The annexation of Crimea has had far-reaching consequences for the Ukraine Crisis. First, it set off a wave of global condemnation that further damaged Russia’s already tarnished reputation. Second, the annexation has led to the displacement of over 1 million people, which has strained Ukraine’s already struggling economy. And finally, the annexation has injected a new and volatile element into the region, leading to increased tensions between Russia and the United States, the European Union, and other countries in the area.

The war has had a major impact on the rest of the world. Russia has been able to move troops and equipment into Ukraine, which has helped them to take control of the country. This has caused concern among other countries in the world. The United States has been especially concerned about the possibility of Russia expanding its territory.

The war has also had a major impact on the economy of Ukraine. The country has had to divert resources to the war effort, which has hurt the economy. The cost of food has also gone up because of the war.

The invasion has had a number of negative effects on the world, some of which are listed below.

1. Russia's invasion of Ukraine has caused economic sanctions to be placed on the country by many Western nations. These sanctions have caused the Russian economy to suffer greatly, and have caused many Russians to turn against their government. This has led to the rise of various Russian nationalist groups, who are protesting the sanctions and demanding that they be lifted. 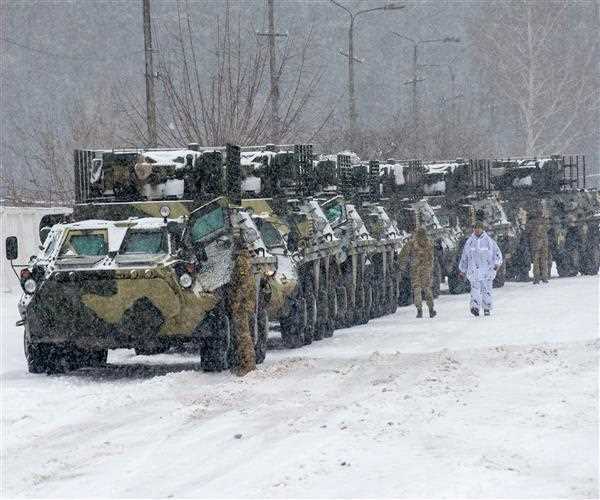 3. The invasion of Ukraine has caused a number of refugees to flee the country. This has led to a great deal of strain on the resources of countries around the world, as these refugees need housing, food, and medical care. In addition, the refugees have created a lot of social problems in the countries where they have been placed.

4. The invasion of Ukraine has caused a great deal of tension to be created between the United States and Russia. This tension has led to a number of military exercises being conducted by the two countries and has caused a rise in the number of Russian military personnel stationed in Eastern Europe.

Overall, the Ukrainian Crisis has had a significant impact on the global economy, security landscape, and world order. It has forced the region's countries to confront long-standing challenges, and it has created a new and volatile element in the region.