Which neighboring country share the longest border with India?

Which neighboring country share the longest border with India?

India is the seventh largest country in the world, and it shares its borders with several neighboring countries. The longest border India shares is with Bangladesh, which is a whopping 4096.7 km long. This makes it the country with the longest land border with India.

Bangladesh is located to the east of India and is one of the most densely populated countries in the world. This shared border between India and Bangladesh has served as the gateway for bilateral trade and cultural exchange for centuries.

The shared border between India and Bangladesh has been a source of both economic and cultural exchange for many years. In terms of trade, India is the biggest trading partner of Bangladesh. The two countries have also signed several agreements to promote investment and trade, which has resulted in increased economic activity on both sides.

The sharing of a long border between India and Bangladesh has been an important factor in the growth and development of both countries. Both countries have embraced and strengthened their relationship, and the long shared border serves to further this relationship. India and Bangladesh share the longest border with each other, and this has been a source of great economic and cultural exchange between the two countries. 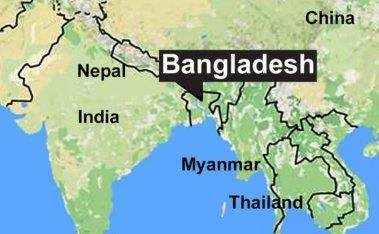