Why does Buddhism Guru Dalai Lama favor India instead of China

Why does Buddhism Guru Dalai Lama favor India instead of China

Dalai Lama, the spiritual leader of Tibetan Buddhism and Nobel Peace Laureate, is a much-revered figure in India and around the world. He has been living in India since he fled his native Tibet in 1959 following a failed uprising against Chinese rule.

So why does the Dalai Lama, who has been living in India for more than 50 years, favor India over China?

The answer lies in the deep spiritual and cultural ties that Dalai Lama shares with India. Buddhism, the religion of which the Dalai Lama is the head, originated in India centuries ago. The Dalai Lama is a great admirer of India’s thousands-year-old spiritual traditions and its philosophy of non-violence and ahimsa. He has often spoken of his respect for India and its spiritual heritage.

Dalai Lama has also been a vocal advocate for the preservation of Tibetan culture and language, which have been threatened by China’s policy of Sinicization. He has encouraged Tibetan exiles in India to preserve their culture and language and to promote it among their children.

One of the key reasons why Dalai Lama has chosen India over China is the country’s long and rich history of religious tolerance and freedom of speech. India has traditionally been a place where different religions and ideologies have been able to co-exist peacefully. In contrast, China has a long tradition of attempting to suppress religious and cultural expression. This is why it was so important to Dalai Lama that he find a place to practice and share his teachings without fear of persecution.

Another major factor in Dalai Lama’s decision to stay in India was the country’s strong commitment to democracy. Since India gained independence from Britain in 1947, it has established a robust and vibrant democracy, something that is largely missing in China. This is an important factor for Dalai Lama, as he believes in a system of governance that allows people to express their views freely and without fear of retribution. 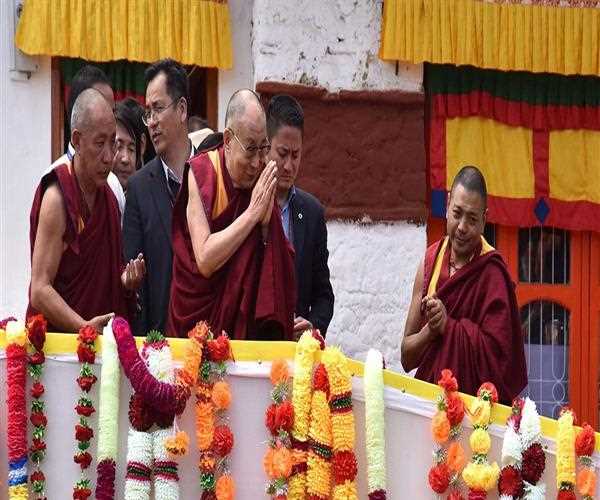 In fact, Dalai Lama has always been grateful to India for the hospitality and support it has provided him over the years. He has said that India is the only country that has given him a place to live in exile and the freedom to practice his religion.

Dalai Lama's long-standing appreciation and respect for India may be one of the main reasons why he continues to favor India over China. He has consistently praised India for its ancient spiritual traditions, its commitment to democracy, and its respect for human rights.

These are the reasons why Dalai Lama has chosen India as his home and why he has consistently favored India over China. The Dalai Lama’s admiration for India and its people is a testament to the deep spiritual and cultural ties he shares with the country.