How is Britain crucial to Western interests?

How is Britain crucial to Western interests?

Britain is a crucial part of Western interests. It is one of the world's most important economies and nuclear power. Britain is also a major player in international organizations such as the United Nations, the European Union, and NATO. In recent years, the United Kingdom has been a vital player in maintaining Western interests around the world. From its role in NATO to its support of the United States in the War on Terror, the UK has been a key player in supporting and defending Western values.

The UK is home to some of the best universities in the world, which attract students from all over the globe. It is also a major financial center, and its capital, London, is one of the most important cities in the world. The UK has a long history of democracy and rule of law, and its institutions are highly respected.

The United Kingdom has a strong military, and its armed forces are among the most technologically advanced in the world. The country is also a nuclear power, and its nuclear arsenal is one of the largest in the world.

The United Kingdom is a major player in international organizations, and its diplomacy is highly regarded. The country is a permanent member of the United Nations Security Council and a major contributor to the European Union. Its voice is often decisive in debates on international issues.

Britain is a major player in the world economy, and its economy is high 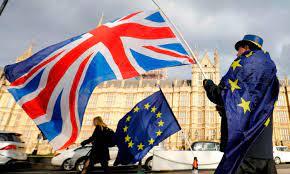 ly diversified. The country is a leading financial center and has a large number of multinational corporations. It is also a major tourist destination.
The UK is a major player in the world economy, and its economy is the fifth largest in the world. It is also a major player in the EU, and its membership in the bloc gives it a strong voice in shaping the policies of the bloc.

The UK is a major player in the world of sports, and its athletes have won numerous medals in the Olympics and other international competitions. The UK is also home to some of the world's most popular tourist destinations, such as London, Edinburgh, and Glasgow.

The UK is a vital part of the Western world, and its importance to the world cannot be overstated.