Why India-China Informal Summit is important to maintain peace?

Why India-China Informal Summit is important to maintain peace?

The India-China Informal Summit is an important step towards achieving peace between two of the world's most populous countries. India and China have had a long and complex relationship, one that has seen both countries go to war and have periods of strained diplomatic ties. In recent years, however, the two countries have worked toward improving relations and growing cooperation. The India-China Informal Summit is a key part of this effort. At the summit, Prime Minister Narendra Modi and Chinese President Xi Jinping discussed a range of issues, ranging from trade and investment to counter-terrorism. This summit is particularly important for maintaining peace between the two countries since it is the first time since the Doklam stand-off in 2017 that the two leaders have held talks in an informal setting.

The meeting was significant for several reasons. Firstly, it allowed both leaders to discuss the issues at hand in a relaxed and informal setting. This provided a platform for both sides to present their views without the constraints of formal diplomacy. Secondly, the fact that both countries chose to meet outside of the formal diplomatic process, without the presence of any third party, is a strong indication of the trust and goodwill that both sides have for one another.

The meeting was also an opportunity for both countries to discuss how to resolve the complex issues that exist between them. These issues include the boundary dispute in the Himalayas, trade, and investment, and China's infrastructure projects in Pakistan. All of these issues are of great importance to both countries, and the summit provided an opportunity to make progress in the discussions. 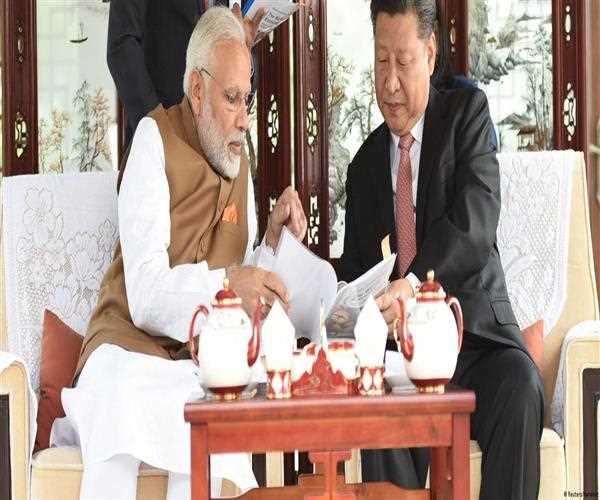 The summit is also significant for the economic development of both countries. As the two countries come together to discuss economic cooperation, it provides a platform for both sides to strengthen their respective economies and create a more robust economic partnership. This is important for both countries, as it will enable them to benefit from each other's markets and increase the flow of goods, services, and investments.

Finally, the India-China Informal Summit is an important sign of both countries' commitment to peace. By engaging in dialogue and discussion in an informal setting, both countries are signaling their willingness to work together to resolve their differences. This is a key step in ensuring that the two countries can maintain a peaceful and stable relationship in the future.