What was the first Battle of Talikota?

What was the first Battle of Talikota?

The battle was fought between the forces of the Deccan Sultanates, led by the Sultan of Bijapur and joined by the Sultans of Golconda, Ahmadnagar, Bidar, Berar, and Khandesh, against those of the Vijayanagara Empire, led by its last king, Rama Raya. The armies of the Vijayanagara Empire were outnumbered by the forces of the Deccan Sultanates, and the Sultan of Bijapur had the advantage of being able to bring in more reinforcements from his other territories.

The battle began on the morning of January 23rd, 1565, when Rama Raya led his army to the banks of the Tungabhadra River, where the Sultan of Bijapur and his allies had already established their camp. The Vijayanagara army was made up of infantry, cavalry, and elephant units, and the Sultan's forces were primarily cavalry and infantry.

The Battle of Talikota marks an important milestone in Indian history, as it ended the rule of the Vijayanagara Empire and ushered in the rule of the Deccan Sultanates. It also helped to establish the Sultanates as major powers in the south of India in the years to come. 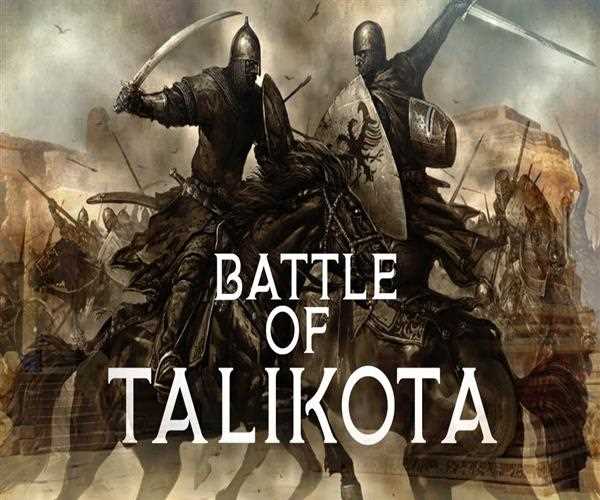