Where did Sekisui Open Squash 2019 held?

Where did Sekisui Open Squash 2019 hold?

The ‘Sekisui Open Squash 2019’ was organized in “Kriens, Switzerland”. 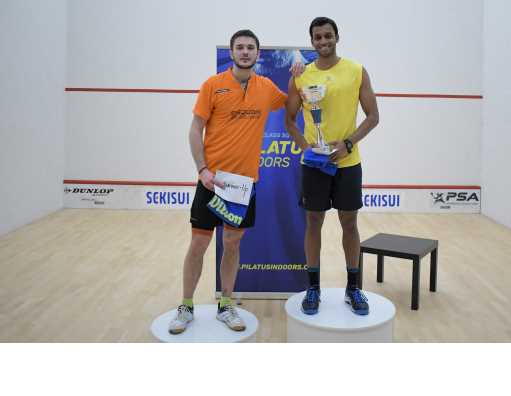 The tournament was won by India’s top seeded player “Mahesh Mangaonkar” by defeating the third seed player of Spain ‘Bernat Jaume’. This was Mahesh's eighth PSA (Professional Squash Association) title. Mahesh had won the tournament for the first time in his career three years ago in the year 2016.
The final lasted for 48 minutes and he won the tournament after beating Jaume in four games with points 11-9, 3-11, 11-5, 11-5. Sekisui Open is a Challenger tour event of the Professional Squash Association (PSA). PSA is a world body which governs the sports of Squash.
Switzerland is proving to be Mahesh's happy hunting ground. Three years back he won the tournament for the first time. The Spaniard gave little away in the final and after a close first game, which he lost, Bernat grabbed the second. But thereafter, Mahesh steadied himself to work his way to glory.
Mahesh is also the winner of the prestigious tournament of British Junior Open Under 15 Category in the year 2009. He was the part of the Indian Team, which won the Gold medal in the 2014 Asian Games which was held at Incheon.
Add comment
answered 19-Jul-2019 by Anonymous User