Why Poland sends its Leopard tanks to Ukraine?

Why Poland sends its Leopard tanks to Ukraine?

Poland is one of the largest military powers in Europe, and its actions are closely watched by other countries in the region. In recent years, the Polish military has become increasingly active in supporting the Ukrainian government in its ongoing conflict with Russian-backed separatists in eastern Ukraine. One of the ways that Poland has expressed its support is by sending its Leopard tanks to Ukraine, a move that has drawn widespread attention and speculation.

Background on the Conflict in Ukraine

The conflict in Ukraine started in 2014 when pro-Russian separatists in the eastern regions of Donetsk and Luhansk declared independence from the Ukrainian government. This resulted in a conflict between the Ukrainian military and the separatists, with Russia providing military and financial support to the separatists. Despite numerous attempts to reach a peaceful settlement, the conflict has continued to escalate, with frequent outbreaks of violence and hundreds of thousands of people displaced from their homes.

Why Poland is Sending its Leopard Tanks to Ukraine 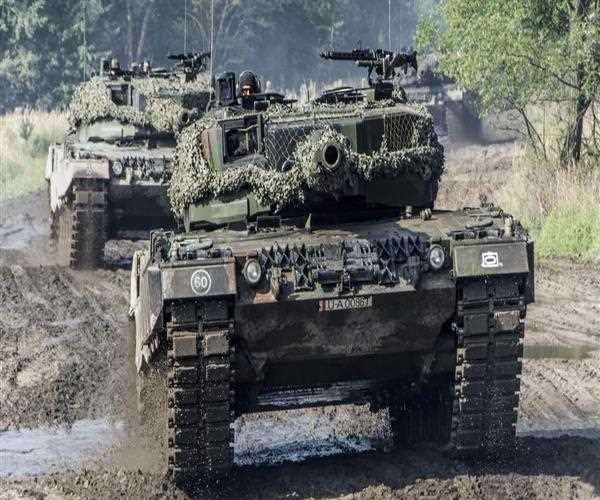 There are several reasons why Poland has decided to send its Leopard tanks to Ukraine. Firstly, Poland is a strong supporter of Ukraine and wants to show its solidarity with the Ukrainian government. By sending its tanks, Poland is sending a clear message to Russia and the separatists that it will not tolerate aggression against Ukraine. Additionally, the tanks will help to bolster the Ukrainian military's capabilities, giving them the necessary resources and support to defend their country against any potential threats.

Another reason why Poland is sending its Leopard tanks to Ukraine is to demonstrate its military strength and capabilities. By sending its tanks, Poland is showing that it is a major military power in Europe and is capable of defending its interests and allies. This is an important signal to other countries in the region and sends a clear message that Poland is a country to be reckoned with.

Impact of the Move

The decision to send Poland's Leopard tanks to Ukraine is likely to have a significant impact on the region. On the one hand, it will demonstrate Poland's commitment to supporting Ukraine and will likely increase the Ukrainian military's capabilities. On the other hand, the move may also increase tensions between Russia and Poland, and could escalate violence in the region.

In conclusion, Poland's decision to send its Leopard tanks to Ukraine is a significant development in the ongoing conflict in the region. While the move will likely have a positive impact on the Ukrainian military and will demonstrate Poland's commitment to supporting its ally, it may also increase tensions between Russia and Poland and could result in an escalation of violence in the region. Nevertheless, Poland's move is an important signal that it is a major military power in Europe and is willing to defend its interests and allies.