When did entrepreneurship invent?

When did entrepreneurship invent?

Entrepreneurship, the process of creating or starting a new business venture in order to make a profit, is an ancient concept that has been around for centuries. The origins of entrepreneurship can be traced back to the earliest civilizations, where individuals and groups would take risks to start new businesses and pursue new opportunities.

Entrepreneurship can be traced back to ancient civilizations such as Mesopotamia, Egypt, Greece, and Rome. These civilizations were characterized by trade, agriculture, and commerce. Entrepreneurs in these societies would take risks to start new businesses, such as trading goods and services, farming, and manufacturing. They would also engage in other economic activities such as banking, lending, and money-changing. 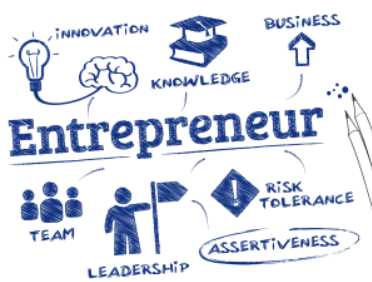 During the medieval period in Europe, entrepreneurs were known as merchants and traders. They would travel to different cities and countries to buy and sell goods. They were also known to finance voyages and expeditions to find new trade routes and products. They were a vital part of the economy, and their entrepreneurial spirit helped to spur economic growth and development.

During the 18th and 19th centuries, the Industrial Revolution led to significant changes in the way businesses operated. Entrepreneurs took advantage of new technologies, such as the steam engine, to create new products and services. They also adopted new production methods, such as the factory system, which increased efficiency and productivity. Entrepreneurs like James Watt, who developed the steam engine and Samuel Slater, who introduced the factory system to America, are examples of entrepreneurs who were instrumental in driving the industrial revolution forward.

In the 20th century, entrepreneurship continued to evolve and adapt to the changing economic landscape. The rise of information technology and the internet has led to the creation of new business models, such as e-commerce and digital products. Entrepreneurs today have access to a wide range of resources, such as access to funding, mentorship, and networking opportunities, which has made it easier than ever to start and grow a business.

In conclusion, entrepreneurship is an ancient concept that has been around for centuries. From the earliest civilizations to the medieval period, the industrial revolution and the modern era, entrepreneurs have played a vital role in driving economic growth and development. They have been known as merchants, traders, industrialists, and tech entrepreneurs who took risks and created new opportunities and jobs through their innovative ideas. Entrepreneurship has been shaped by economic, technological, and societal changes over the course of history and continues to evolve and adapt to the changing landscape.