How much will a US recession hurt India?

How much will a US recession hurt India?

The current global economic situation is uncertain, and India is no exception. While the US economy remains in a state of recession, fears are growing that India will also be hit by the economic slowdown. The question of just how much India will be affected by the US recession has been on the minds of many investors, economists, and business owners.

On one hand, India is a major beneficiary of global trade, with the U.S. being one of its top trading partners. India also benefits from overseas investments, and the US is one of the largest sources of foreign direct investment (FDI) in India. On the other hand, India is particularly vulnerable to any external shocks, especially those originating in the U.S.

Given the interconnectedness of economies in the globalized world, it is more than likely that a US recession will hurt India's economy.

The direct fallout of a US recession would be a decline in exports as well as remittances from Indian ex-pats working in the US, both of which would lead to a significant drop in foreign exchange earnings. Furthermore, a recession in the US would lead to a decrease in foreign investments, further affecting India's economic growth.

In the current economic environment, it is impossible to predict the exact extent to which a US recession would affect India. However, it is clear that the impact would be significant. India must be prepared to take proactive measures, such as encouraging domestic production and investment, to lessen the impact of a US recession on its economy. 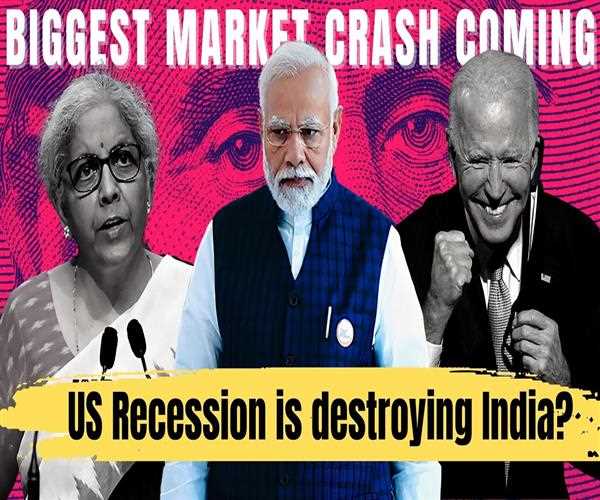