What is supercar Meda 9?

The Mada 9 is a recently unveiled supercar in Kabul, Afghanistan. This supercar is the first to be designed and manufactured in the Taliban-ruled country. The Meda 9 was created by a team of 30 engineers from the car design studio ENTOP and Afghanistan Technical Vocational Institute (ATVI) in Kabul.

The Mada 9 is a mid-engine supercar that uses the four-cylinder engine of a 2000 Toyota Corolla. However, the manufacturer has not yet revealed any technical specifications of the car or details about the engine. This makes it difficult to understand the true capabilities of the car.

The design of the Mada 9 is sleek and modern, featuring aerodynamic lines and an aggressive stance. The car will be made of carbon fibre, making it lightweight and strong. It is reported that the car will also feature active aerodynamics, which will automatically adjust to optimize performance based on the driving conditions.

Despite the lack of information about the technical specifications of the Mada 9, the fact that it has been designed and manufactured in a country like Afghanistan is a significant achievement. The country has been plagued by war and conflict for decades, making it difficult for industries such as automotive to develop. The Mada 9 symbolises hope and progress for the people of Afghanistan, showing that despite the challenges they face, they can create something truly remarkable. 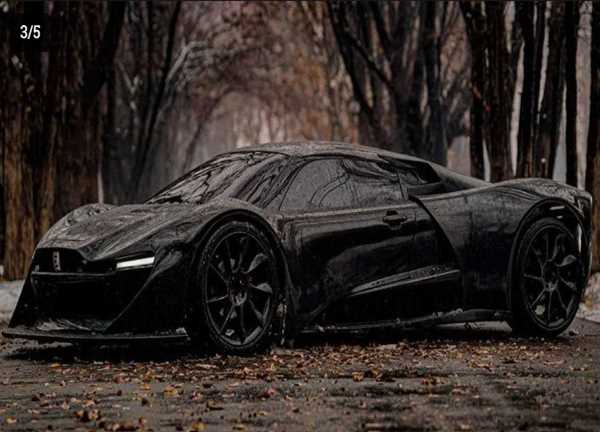 It is worth mentioning that the Taliban is not a recognized government, and the information provided in the context of the car being manufactured in a Taliban-ruled country is inaccurate as it is not a country but an extremist group that has controlled some parts of Afghanistan.