What is Joshimath Sinking in Uttarakhand?

What is Joshimath Sinking in Uttarakhand?

Joshimath is a small town in the Indian state of Uttarakhand, known for its ancient temples and scenic beauty. However, in recent years, the town has faced a major problem - sinking. The town is gradually sinking into the ground, causing concern among residents and officials alike.

The main cause of the sinking in Joshimath is believed to be the over-extraction of groundwater. The town is located on a plateau, and the groundwater table is relatively shallow. As a result, the over-extraction of groundwater has led to a decline in the water table, causing the soil to settle and the town to sink. The construction of buildings and roads in the area has also contributed to the problem. The weight of these structures puts additional pressure on the soil, leading to further settling and sinking. 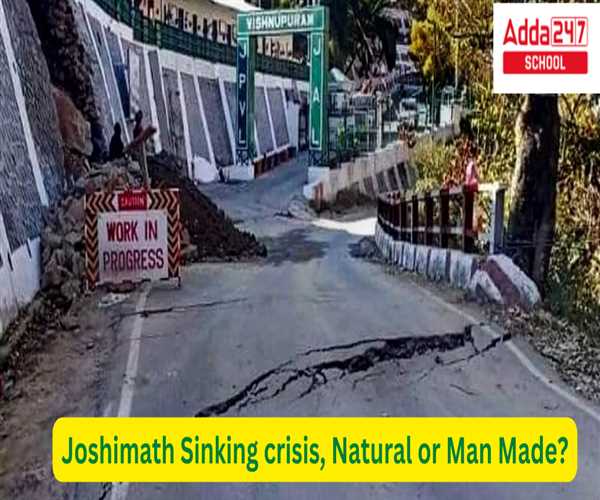 The sinking of Joshimath has led to a number of problems for residents and visitors. One of the most significant effects has been the damage to buildings and infrastructure. The sinking has caused cracks in roads, buildings and houses, making them unsafe and uninhabitable. Additionally, the sinking has also led to a decline in tourism in the area, as many visitors are hesitant to visit a town that is sinking into the ground.

To address the problem of sinking in Joshimath, a number of mitigation efforts have been undertaken. One of the main strategies has been to implement measures to conserve and replenish groundwater. This has included the construction of rainwater harvesting systems and the implementation of water conservation and management programs. Additionally, strict regulations have been put in place to control and limit the construction of new buildings in the area.

The sinking of Joshimath in Uttarakhand is a growing concern that needs to be addressed urgently. The over-extraction of groundwater and the construction of buildings are the main causes of the sinking in the town. It is essential that the citizens and the government take steps to conserve and replenish groundwater and limit the construction of new buildings in the area to mitigate the problem. Only by working together can we preserve the beauty and heritage of Joshimath for future generations.