Why Israel Govt banned Palestinian flags from flying in public?

Why Israel Govt banned Palestinian flags from flying in public?

The Israeli government has taken various measures to limit the display of Palestinian flags in public. Some of the reasons for this include the belief that the flag represents a call for the destruction of Israel and that it is a symbol of Palestinian nationalism and the ongoing conflict between Israelis and Palestinians.

In addition, the government may also view the flag as being used as a tool for incitement, and a way to express political messages that are hostile to the state of Israel.

In 2020, the Israeli police banned people from flying Palestinian flags in Jerusalem during the Jewish holiday of Jerusalem Day, because it was deemed that it would provoke 'incitement and disruptions of public order.' Additionally, in the past, there have been some instances where the Israeli government banned certain events that were planned to feature Palestinian flags, particularly those considered to be provocative or politically charged, such as anti-Israel rallies, events supporting Palestinian resistance, and other pro-Palestinian demonstration.

What does the Palestinian flag Symbolise? 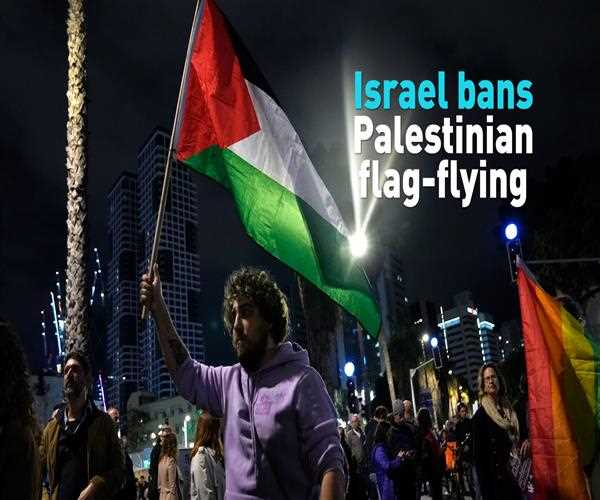 It's worth noting that the Israeli government's approach to the display of Palestinian flags and other symbols is a part of a broader policy to limit the expression of Palestinian nationalism and to control the narrative of the conflict, and these measures have been met with criticism by human rights organizations, who argue that they restrict freedom of expression and violate the rights of Palestinians.

It's a complex issue, with multiple perspectives and interests involved, the Israeli government's position on this matter is in line with its approach to the ongoing conflict and its efforts to maintain security and order in the country.