Why the people in Brazil is protesting?

Why the people in Brazil are protesting?

Brazil has seen a wave of protests in recent months, sparked by a variety of issues, including political and economic grievances, as well as dissatisfaction with the handling of the COVID-19 pandemic.

One of the main factors driving the protests is a sense of economic dissatisfaction among many Brazilians. The country has been in a recession for several years, and the COVID-19 pandemic has made the situation even worse, with high unemployment and rising prices for basic goods. The government's response to the pandemic has been criticized as slow and inadequate, with many people feeling that they have been left to fend for themselves. The protests have been driven by a sense of frustration among many people who feel that they are being left behind by the government and that their needs are not being met. 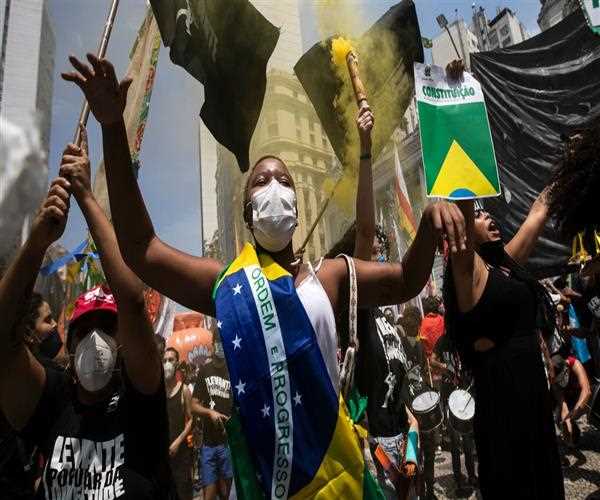 Another major factor fueling the protests is widespread public anger about corruption and allegations of misconduct by government officials. The country has a long history of corruption, and many people feel that it is becoming increasingly difficult to hold government officials accountable. The Bolsonaro government has been accused of not taking steps to combat corruption and of being willing to overlook the misconduct of its own officials. This has led to widespread anger among the public and has fueled calls for greater transparency and accountability in government.

Brazil is also deeply politically polarized, with many people deeply divided over the Bolsonaro government. Some of the protests have been driven by opposition to the president and his policies, with many people feeling that he is divisive and that his government is not doing enough to address the country's problems. Others, however, have been driven by support for the president, and are calling for the government to take a stronger stance against crime and corruption and to protect the rights of the people.

In recent days, many of president Jair Bolsonaro's supporters have taken to the streets to protest the alleged censorship of their voices and demand for the country's democracy. They believe the mainstream media does not represent their views and that the current protest doesn't reflect the majority of Brazilians. These rallies have been mostly peaceful and have sought to show their support for the president, demanding respect of their political choices and opinions.

In conclusion, the Brazil riots are driven by a complex web of factors, including economic grievances, corruption, political polarization, and dissatisfaction with the handling of the COVID-19 pandemic. The country has a history of political turmoil, and there are many people who are frustrated and angry with the way things are going. While some of the protests are driven by opposition to the president, others are driven by support for him and his policies, which reflect the deep political divide in Brazil.