Who is called Monks in Buddhism?

Who is called Monks in Buddhism?

Monks are an integral part of Buddhism, and their role is central to the religious tradition. They are known for their commitment to spiritual practice and for their dedication to serving the community. It is the duty of monks and nuns, known respectively as a bhikkhu (Pali, Skt. bhikshu) and bhikkhuni (Skt. bhikshuni), to preserve and disseminate the Buddha's teaching and to provide direction to lay Buddhists.

What are Monks in Buddhism:

In Buddhism, a monk is a man who has taken ordination and has vowed to follow a specific set of moral and ethical guidelines laid out in the Vinaya. The Vinaya is a collection of rules and regulations that govern the daily lives and activities of Buddhist monks. The process of ordination is considered to be a serious commitment and is not entered into lightly. 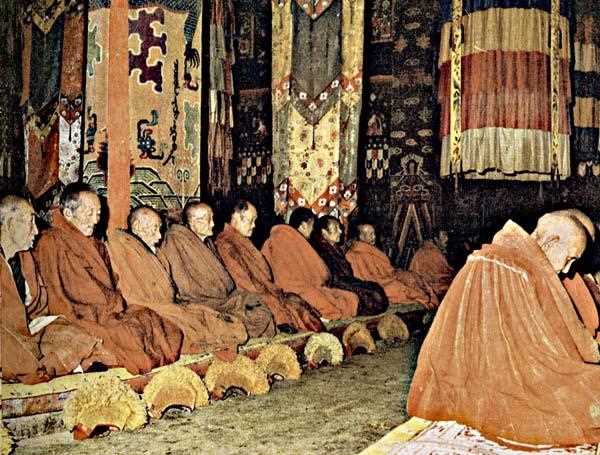 The role of Buddhist monks is multifaceted, and their responsibilities include spiritual practice, teaching, and service to the community.

The primary role of a monk is to engage in spiritual practice. This includes meditating, studying the teachings of the Buddha, and observing the Five Precepts and other rules laid out in the Vinaya. Monks are expected to spend much of their time in meditation, studying, and practicing in order to cultivate wisdom and compassion.

Monks also play an important role in teaching Buddhism to laypeople. They give sermons, lead meditation retreats, and provide guidance and instruction to those who are interested in learning more about the religion. They act as spiritual guides and teachers, helping others to understand the Dharma and to put it into practice in their own lives.

Monks also serve the community in various ways. They may provide assistance to the sick, the elderly, and the poor. They may also take care of the temples and other places of worship, and they may be involved in social and environmental causes. Monks often play a vital role in maintaining and preserving the cultural and historical heritage of Buddhism.

In conclusion, the role of Buddhist monks is central to the religious tradition. They are known for their commitment to spiritual practice, teaching, and service to the community. Through their example and teachings, they help to preserve and transmit the Dharma, and they serve as guides for laypeople who seek to understand and practice Buddhism. They live simple and austere lives and are expected to be self-sufficient and live in harmony with their surroundings. Their role is vital to keep the teachings of Buddhism alive and accessible to the lay community.