What were the causes of the Greek Debt Crisis?

What were the causes of the Greek Debt Crisis?

The Greek debt crisis was a period of economic hardship that began in 2009 and lasted for several years. The crisis was caused by a combination of factors, including government mismanagement, economic downturns, and structural problems within the eurozone.

Here are some of the main causes of the Greek debt crisis:

One of the main causes of the Greek debt crisis was fiscal mismanagement by the Greek government. For many years, the government spent more money than it collected in taxes, resulting in large budget deficits. Additionally, the government engaged in widespread tax evasion and fraud, which further contributed to the country's financial problems.

Economic downturns also triggered the Greek debt crisis both in Greece and globally. The global financial crisis of 2008-2009 had a particularly severe impact on Greece, which was already struggling with high levels of debt and unemployment. The crisis also led to a reduction in demand for Greek goods and services, which further exacerbated the country's economic problems.

Structural Problems within the Eurozone

Another major factor that contributed to the Greek debt crisis was structural problems within the eurozone. The eurozone is a monetary union of 19 European Union countries that have adopted the Euro as their currency. One of the main weaknesses of the eurozone is that it does not have a mechanism for dealing with member states that face economic difficulties. This made it difficult for Greece to address its economic problems and led to a crisis of confidence in the eurozone. 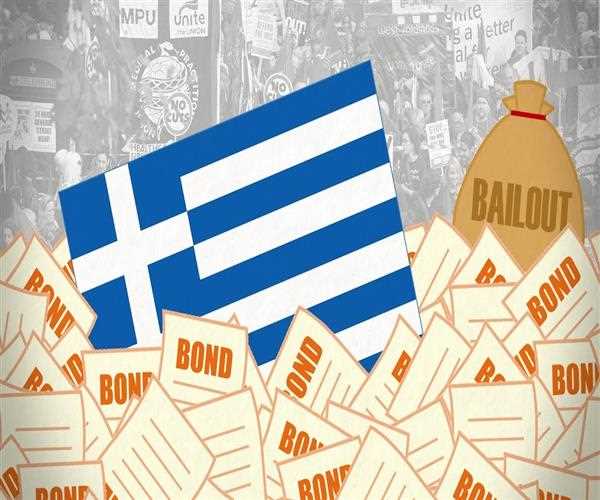 A lack of competitiveness was another factor that contributed to the Greek debt crisis. Greece has a relatively high cost of labour and relatively low productivity, which makes it difficult for the country to compete with other countries in the EU and the rest of the world. This has led to a decline in exports and jobs, further exacerbating the country's economic problems.

The Greek government did not implement enough economic reforms to address the country's structural problems, such as high public spending, over-regulation, and a lack of competitiveness. These issues were exacerbated by the global financial crisis, which reduced demand for Greek goods and services, and led to a sharp decline in economic activity.

In conclusion, the Greek debt crisis was caused by a combination of factors, including fiscal mismanagement by the Greek government, economic downturns, structural problems within the eurozone, lack of competitiveness and lack of economic reforms. The crisis severely impacted the Greek economy and society, leading to high unemployment, poverty, and social unrest. The Greek government was forced to implement austerity measures and take on more debt in order to receive financial assistance from the EU and the IMF. The crisis also had ripple effects throughout the eurozone and led to a crisis of confidence in the EU's monetary union. The Greek debt crisis serves as a cautionary tale of the dangers of government mismanagement, lack of economic reform, and structural weaknesses within the eurozone. It highlights the importance of fiscal responsibility, economic competitiveness, and effective crisis management for the sustainability of any economy, particularly those that are part of a monetary union.