How newspapers contributed to the Indian Independence Movement?

How newspapers contributed to the Indian Independence Movement?

The role of newspapers in the Indian independence movement was significant, as they played a vital role in spreading information, raising awareness, and mobilizing support for the cause of independence. During the period of British rule in India, the press was one of the few avenues through which Indians could express their views and opinions, and newspapers became an important platform for political discourse and activism.

At the beginning of the twentieth century, the freedom struggle was led by prominent figures such as Mahatma Gandhi, Jawaharlal Nehru, and Subhas Chandra Bose. These leaders used newspapers to spread their message of non-violent resistance and to call for mass protests against the British Raj. Newspapers also helped to publicize the movement’s goals and to create awareness among the masses.

One of the earliest newspapers in India was the Bengal Gazette, which was founded in 1780 by James Augustus Hicky. The newspaper was known for its critical coverage of the British East India Company and was widely read by both Europeans and Indians. In the 19th century, a number of other newspapers were established in India, including the Englishman, the Friend of India, and the Hindu Patriot. These newspapers provided a platform for political discussion and debate, and played a key role in shaping public opinion on issues related to the independence movement.

One of the most influential newspapers in the Indian independence movement was the Amrita Bazar Patrika, which was founded in 1868. The newspaper was known for its pro-independence stance and was instrumental in promoting the cause of Indian nationalism. It was edited by Sisir Kumar Ghosh, who was a leading figure in the independence movement and a close associate of Mahatma Gandhi. 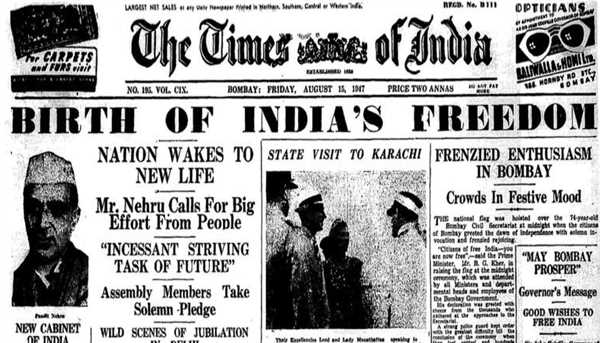 The press also played a critical role in informing the public about the various developments in the country, such as the Jallianwala Bagh massacre, the Non-Cooperation Movement, and the Civil Disobedience Movement. Newspapers also provided a platform for the discussion of various issues such as social reform, civil rights, and religious freedom.

During the Quit India Movement, newspapers were banned by the British authorities in an attempt to suppress the freedom struggle. However, this only served to further fuel the dissent among the people and galvanize the movement.

The press was also instrumental in spreading the message of Mahatma Gandhi and his philosophy of satyagraha or non-violent resistance. Through his writings and speeches, Gandhi sought to inspire the masses to take up the struggle against the British. His writings were widely distributed through newspapers and pamphlets, which helped to spread his message to the largest possible audience.

In addition to the press, other forms of media, such as radio and films, also played an important role in the Indian independence movement. Radio broadcasts were used to disseminate news and information about the struggle and to inspire people to join the movement. Films also helped to promote the cause by presenting stories of Indian heroes and their heroic deeds.

Overall, newspapers played a crucial role in the Indian independence movement. They were the main source of information for many people and provided an important platform for the promotion of Indian nationalism. They also helped to publicize the movement’s goals, to create awareness among the masses, and to spread the message of Mahatma Gandhi and his philosophy of non-violent resistance. By playing such a pivotal role, newspapers helped to bring about the ultimate triumph of the Indian independence struggle.