What is the evaluation of Demonetization after passing 6 Years?

What is the evaluation of Demonetization after passing 6 Years?

Demonetization refers to the process of withdrawing a particular type of currency from circulation and replacing it with a new one. In November 2016, the Indian government implemented a demonetization policy in which it withdrew the 500 and 1,000 rupee notes from circulation and replaced them with new 500 and 2,000 rupee notes. The goal of the demonetization policy was to combat corruption, tax evasion, and counterfeiting, as well as to promote the use of digital payments.

Six years later, the evaluation of demonetization is still a subject of debate and discussion. Some argue that the policy was a success and helped to achieve its intended goals, while others believe that it was a failure and caused more harm than good.

On the positive side, some of the benefits of demonetization that have been cited include:

A reduction in corruption: By eliminating high-value notes from circulation, demonetization made it more difficult for people to engage in corrupt activities such as accepting bribes or evading taxes.

An increase in digital payments: Demonetization encouraged more people to use digital payment methods, which made it easier for the government to track and regulate financial transactions.

A decrease in counterfeiting: Removing the old notes and replacing them with new ones made it more difficult for counterfeiters to produce fake currency.

On the negative side, some of the drawbacks of demonetization that have been identified include:

An economic slowdown: The withdrawal of large amounts of cash from circulation led to a shortage of cash in the economy, which disrupted economic activity and slowed down growth.

A burden on the poor: Demonetization disproportionately affected poor and marginalized communities, who were often unable to access the new notes or did not have the necessary infrastructure to use digital payment methods.

A failure to achieve its goals: Some critics argue that demonetization did not effectively combat corruption, tax evasion, or counterfeiting, and that the policy did not achieve its intended goals.

A loss of confidence in the government: The implementation of demonetization was marred by a lack of planning and communication, which led to confusion and chaos and damaged the government's credibility. 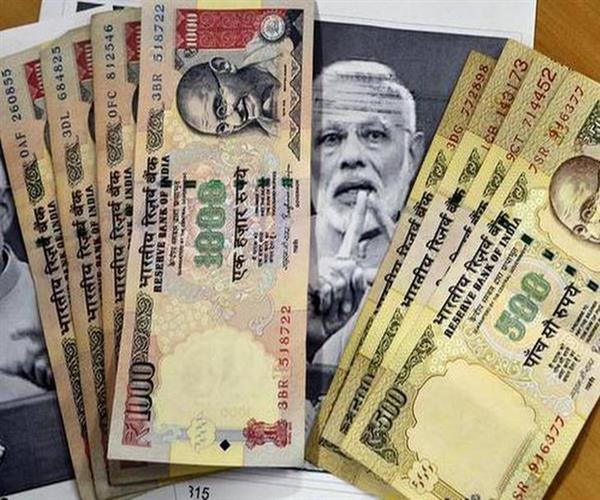 In conclusion, the evaluation of demonetization after six years is still a subject of debate and discussion. While there have been some benefits to the policy, such as a reduction in corruption, an increase in digital payments, and a decrease in counterfeiting, there have also been significant drawbacks. These include an economic slowdown, a burden on the poor, a failure to achieve its goals, a loss of confidence in the government, and an increase in black market activity.

Ultimately, the success or failure of demonetization will depend on how these benefits and drawbacks are weighed against each other and how the policy is evaluated in the context of its intended goals. While demonetization may have achieved some of its objectives, it is clear that the policy had a significant impact on the economy and society of India, and that its effects are still being felt six years later.