What is Gayatri Mantra? and from where it has been taken from?

What is Gayatri Mantra? and from where it has been taken from?

The Gayatri Mantra also known as Sāvitri Mantra is a revered Sanskrit mantra in Hinduism and is widely regarded as one of the most powerful mantras in the world. It is said to bring peace, prosperity, and happiness to those who chant it. The mantra is an invocation of the divine light of the Supreme Being and is used in many spiritual and religious rituals.

The Gayatri Mantra is thought to have been taken from a hymn in the Rig Veda, an ancient Hindu scripture. It is said that the Gayatri mantra was revealed to the sage Vishvamitra by the goddess Gayatri, who is believed to be an incarnation of Saraswati, the goddess of knowledge and learning. The mantra is composed of three lines, each of which has eight syllables. The first line is addressed to the goddess Gayatri, the second to Savitri (the sun god), and the third to Agni (the god of fire).

The mantra is recited in both Sanskrit and Hindi and is often used to invoke blessings from the divine. It is believed that when chanted properly, it is said to bring peace, prosperity, and happiness to those who chant it. The mantra is also used to invoke the divine power of the Supreme Being to help with personal growth and spiritual development.

The Gayatri Mantra consists of 24 syllables and is typically chanted three times a day. The mantra is believed to be very powerful and it is often used as an invocation to the divine during meditation and spiritual practices. The mantra is also used to invoke purity and strength of character.

The Gayatri Mantra is believed to be a prayer to the sun, which is seen as a representation of divine energy. The mantra is also believed to invoke the divine power of the sun and bring light and illumination to the life of the one chanting it. In addition, it is believed to bring mental clarity and peace of mind to those who chant it. 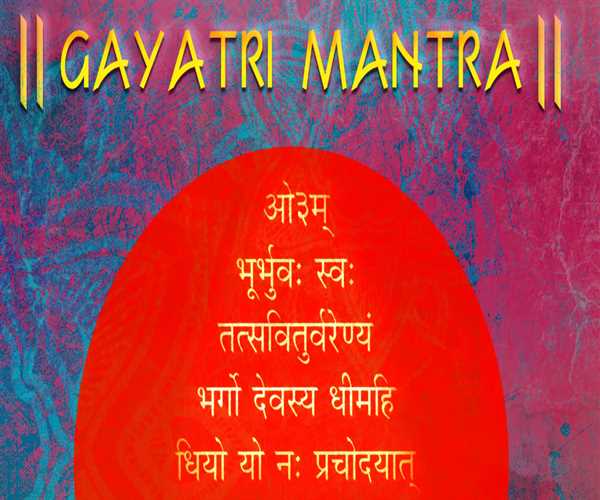 Today, the Gayatri Mantra is chanted by millions of Hindus around the world. It is chanted at religious ceremonies, as part of meditation practices, and as a daily practice. The mantra is often associated with the god Shiva and is used to invoke his presence and protection.

The Gayatri mantra is an important part of Hinduism and is deeply respected by many people. It is said to bring peace, prosperity, and happiness to those who chant it, and is a powerful reminder of the divine power of the Supreme Being.