Kalidasa was a Sanskrit poet and dramatist who lived in the fifth century CE in India. He is widely regarded as the greatest Indian writer of all time.

Sanskrit poet Kalidasa is one of the most renowned classical poets of India. He lived in the Gupta period, which was a golden age of Indian culture. Kalidasa was a court poet to King Vikramaditya (Chandragupta-II). Chandragupta II, also known as Vikramaditya, was a powerful emperor of the Gupta Empire in northern India. According to popular belief, Kalidasa flourished during the reign of Chandragupta II, and thus lived in the 4th-5th centuries CE. His works include the plays Abhijnanashakuntalam and Vikramorvashiya, as well as the epic poems Raghuvamsa and Kumarasambhava. Kalidasa is known for his beautiful and poetic Sanskrit language. His plays and verse are primarily based on the Vedas, the Ramayana, the Mahabharata, and the Puranas. 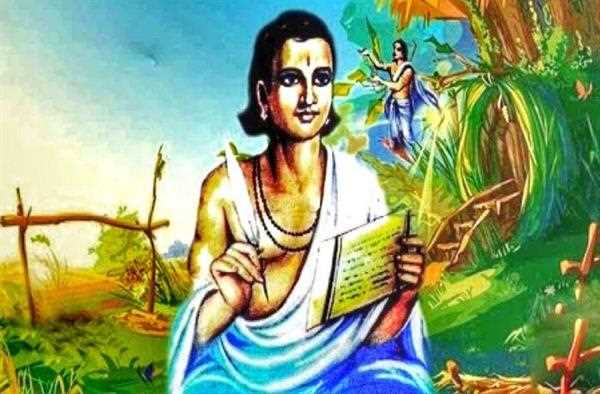 Like most classical Indian authors, little is known about Kalidasa's personal life or historical connections. His poems imply, but never explicitly state, that he was a Brahman (priest), liberal while adhering to the orthodox Hindu worldview. His name, which means 'servant of Kali,' implies that he was a Shaivite (a devotee of the god Shiva, whose consort was Kali), though he occasionally praises other gods, most notably Vishnu.