What would Karl Marx think about the rise of China?

What would Karl Marx think about the rise of China?

Karl Marx's theories on the development of capitalist economies have shaped the way we understand the world today. From his writings on the labor theory of value to his critique of the exploitation of the working class, Marx's ideas remain relevant and widely studied. When Karl Marx wrote Das Kapital in 1867, he couldn't have imagined the rise of a superpower like China, a country with immense economic power and political influence.

But what would Karl Marx think of China's rapid rise in the world economy?

China has transformed itself from a poor, agrarian economy to a global powerhouse in just a few decades. This has been largely driven by its embrace of capitalism, with huge economic growth driven by heavy investment in industry, technology, and infrastructure.

Marx would likely view China's rise with ambivalence. On the one hand, he would certainly applaud China's success in lifting millions of people out of poverty and improving their standard of living. He would also likely applaud the government's focus on developing human capital and creating opportunities for workers to improve their skills and increase their wages. 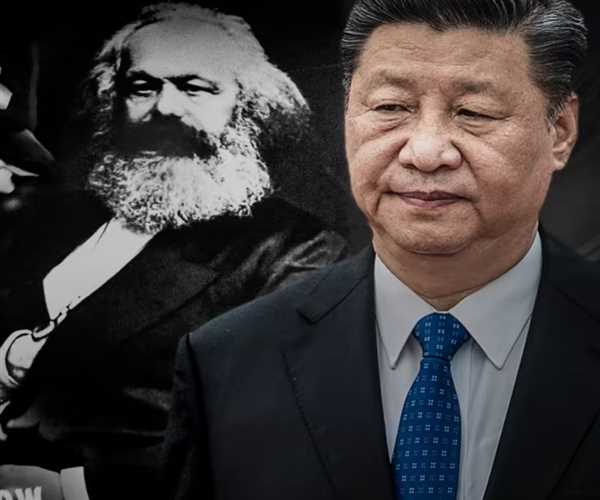 On the other hand, Marx would be critical of the fact that this growth has been based on the increasing exploitation of the working class. Workers in China are often subject to long hours, low wages, and dangerous working conditions. Moreover, the concentration of wealth in the hands of a few elites has led to an increasing gap between the rich and the poor.

Marx would also be critical of the fact that China's economic success has been largely dependent on its export-driven growth. This has resulted in an over-reliance on foreign markets and a lack of economic diversification. Furthermore, it has left the Chinese economy vulnerable to external factors, such as the recent US-China trade war.

Finally, Marx would be critical of the lack of political freedom in China. Despite the Chinese government's recent attempts to open up the economy, there is still a lack of meaningful democratic participation. This lack of political participation has resulted in a lack of accountability and transparency, which has enabled the government to maintain an iron grip on power.

Overall, Marx would view China's rise with a mixture of admiration and criticism. He would certainly appreciate the economic benefits that have been achieved, but he would also be critical of the way in which it has been achieved and the lack of political freedom in the country.