What is the Savarkar Controversy in Parliament?

What is the Savarkar Controversy in Parliament?

The Savarkar controversy in Parliament is a political and historical debate, that has recently been brought to the fore in India. The controversy surrounds the legacy of Veer Savarkar, a freedom fighter who was a leader of the Hindu Mahasabha during India’s freedom struggle.

The controversy began in the upper house of the Indian Parliament when members of the opposition parties (Congress and CPI) questioned the Bharatiya Janata Party’s (BJP) decision to bestow a Bharat Ratna, India’s highest civilian award, on Savarkar. The opposition’s contention is that Savarkar, a Hindu nationalist and an admirer of Hitler, is an inauspicious figure in Indian history and cannot be celebrated in the same way as other freedom fighters.

The BJP, however, maintains that Savarkar was a great patriot and a leader of India’s freedom struggle and that he should be similarly celebrated. The BJP’s decision to bestow him with a Bharat Ratna has been met with criticism from other political parties and civil society groups.

The controversy has brought to the fore the debate over the definition of patriotism in India and how it should be interpreted. It has also drawn attention to the Hindu nationalist ideology that Savarkar was a part of, and how this ideology has been increasingly embraced by the BJP. This has led to a larger discussion about the role of religion in politics and the role of minorities in India. 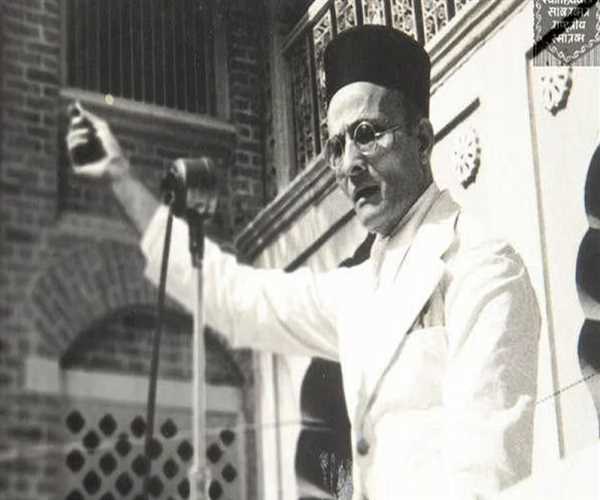 The controversy has also brought attention to the fact that Savarkar’s legacy is contested and has been a matter of debate in India for decades. While some people see him as a great patriot who fought for India’s freedom, others view him as a divisive figure who has been used by the BJP to further its political agenda.

The Savarkar controversy in Parliament has highlighted the complexities of India’s freedom struggle and the role of religion in politics. It has also brought up important questions about the place of minorities in India and how their homelands should be treated. Ultimately, it has sparked a much-needed debate about the definition of patriotism and how it should be interpreted in India.