Which strategy India should use against China over small tensions?

Which strategy India should use against China over small tensions?

The ongoing tensions between India and China over the past few weeks have been a major cause for concern for both countries, as well as for the international community. With both countries having large military forces and increasingly intense rhetoric, all eyes are on how the two countries intend to resolve their differences.

When it comes to dealing with small tensions between India and China, the most important consideration should be to ensure that the underlying issues are addressed and that peace and stability are maintained in the region. In this regard, there are a number of strategies India should consider in order to effectively manage the tensions.

First and foremost, India should make it clear to China that it will not be intimidated by its aggressive posturing. India should send a strong message that it is not prepared to accept any sort of threats or intimidations from China and that it will not back down in the face of provocation. This should be done through diplomatic means, such as through conversations with Chinese officials or through the United Nations.

At the same time, India should also make it clear to China that it is open to negotiations and is willing to find a mutually beneficial solution to the disputes. India should also be willing to offer to discuss a framework for a peaceful resolution of the dispute. This could include talks on boundary issues, trade, or other matters of mutual interest.

The most important strategy for India to employ is diplomatic engagement. The primary objective should be to engage in talks with China and explore areas of common ground. India should take the initiative and make the first move toward dialogue, as such a gesture would demonstrate India’s commitment to resolving tensions through peaceful means. India should also use its diplomatic clout to put pressure on China to come to the negotiating table and take steps to reduce tensions. 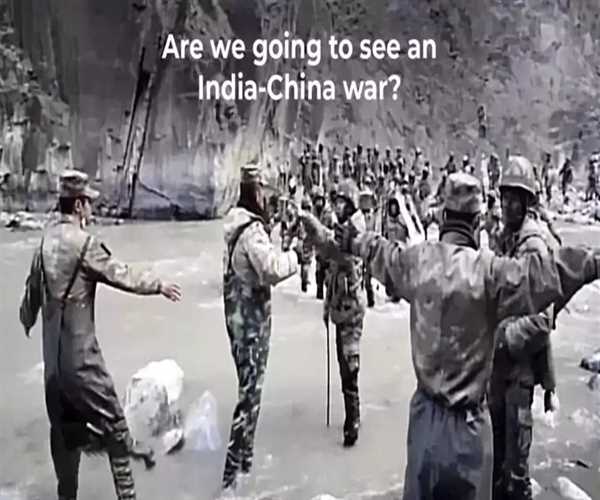 India should also use its military capabilities in a measured way, as an instrument of deterrence rather than a tool of war. India should employ its air power to send a strong message to its adversary and demonstrate its readiness to defend its interests. India should also strengthen its ability to respond quickly and decisively to any provocation from China. This could include bettering India’s intelligence-gathering capabilities, investing in long-range missile systems, and beefing up its naval presence in the region.

Finally, India should use economic measures as a means of applying pressure on China. India should leverage its economic power and use trade restrictions, export tariffs, and other measures to limit China’s ability to benefit economically from its actions in the region. India should also take steps to reduce its reliance on Chinese imports and diversify its sources of imports.

By taking steps to address the underlying issues, while also preparing itself militarily, India can ensure that it is able to effectively manage the tensions with China over small disputes. This will help to maintain peace and stability in the region, while also allowing both countries to work together to resolve their issues through dialogue and negotiation.