What was the effect of Cold on Great Britain?

What was the effect of Cold on Great Britain?

The Cold War was a period of geopolitical tension between the United States and the Soviet Union, which lasted approximately from 1947 to 1991. During this period, the world was divided into two camps, each of which was committed to the other’s destruction. This resulted in the creation of hostile alliances and a massive arms race, with both sides seeking to gain the upper hand in terms of nuclear weapons.

For Great Britain, the effects of the Cold War were both positive and negative. On the positive side, the country was able to remain independent from the two superpowers, a status that had been achieved through its strong diplomatic ties to the United States. This relationship also enabled Britain to maintain a degree of influence in international affairs, playing a role in various international negotiations and treaties.

At the same time, the Cold War had a negative effect on Britain’s economy. The country was forced to remain neutral during the war, which meant that it was unable to benefit from the economic growth that other countries experienced in the postwar period. As a result, Britain’s economy was left behind in comparison to that of other Western nations. 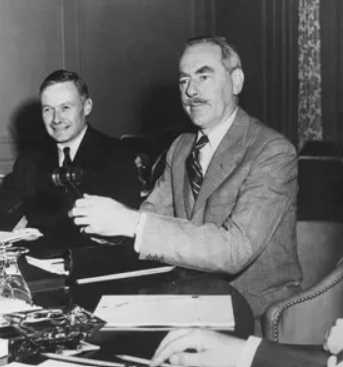 Politically, the Cold War had a major impact on Britain. The government of the day, led by Conservative Prime Minister Margaret Thatcher, adopted a policy of economic liberalization and privatization in order to reduce the role of the state and make Britain more competitive in the global market. This policy, known as Thatcherism, was heavily influenced by the Cold War, as it was seen as a way of countering the Soviet Union's economic might. The Cold War also had a major impact on the 1984-85 miners' strike, which was seen as a major battle in the war of ideologies between East and West.

In terms of foreign policy, the Cold War had a significant influence on the UK's relationship with the United States and its allies. The UK had to make sure it maintained close ties with the United States, as it was a major partner in the North Atlantic Treaty Organization (NATO). It also had to carefully manage its relationship with the Soviet Union, as any misstep could have led to a major military confrontation.

Economically, the Cold War had a major impact on Great Britain. The UK had to take on a lot of debt in order to finance its defense and foreign policy commitments, while at the same time trying to maintain its economic competitiveness. This meant that Britain had to adjust its economic policies to fit the changing global environment, resulting in the adoption of monetarism and the pursuit of economic liberalization.

Overall, the Cold War had a profound impact on Great Britain. It had a significant political, economic and foreign policy impact, as well as a major social and cultural impact. It is therefore no surprise that the Cold War is remembered as one of the most significant events of the 20th century.