Why should we welcome Russians who refuse to fight in Ukraine?

Why should we welcome Russians who refuse to fight in Ukraine?

When the Soviet Union collapsed in 1991, Ukrainians were overjoyed. They had finally regained their independence after centuries of domination by their powerful northern neighbor. But their joy was short-lived. Within a few years, Russia had reasserted its control over Ukraine, and the country descended into a spiral of economic and political turmoil.

In 2014, Ukraine's problems came to a head, when Russia annexed the Ukrainian territory of Crimea. This was a blatant violation of international law, and it sparked a series of protests in Ukraine. The Ukrainian people demanded that their government take action to defend their sovereignty.

But the Ukrainian government was weak and corrupt, and it was unable to mount an effective defense against Russian aggression. This led to a civil war, which is still ongoing.

Many Ukrainians have been forced to flee their homes, and thousands have been killed. But there are also those who have chosen to stay and fight.

The Ukrainian military is outgunned and outnumbered by the Russian forces, but they continue to fight bravely. They are fighting for the freedom of their country, and they need all the help they can get.

While it may seem counterintuitive, these Russian soldiers are actually some of the best hope for a peaceful resolution to the conflict. They know firsthand the horror of war, and they don't want to see their countrymen kill each other.

By defecting from the Ukrainian army, these Russian soldiers are sending a powerful message: they don't want to be a part of this conflict. And their message is resonating with other Russians, who are increasingly opposed to the war in Ukraine. 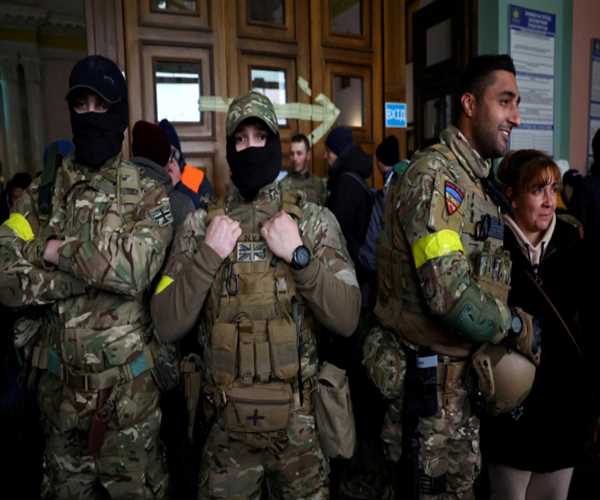