What is Anti-Hijab protest in Iran?

What is an Anti-Hijab protest in Iran?

The hijab is a headscarf that covers the head and neck. It is worn by Muslim women as a sign of modesty. In Iran, the hijab is compulsory for women in public places.
In Iran, the hijab is compulsory for women and has been so for many years. The Islamic Republic of Iran's constitution states that all women must wear the hijab in public, and the government has consistently enforced this law. In recent years, however, there has been a growing movement of women who are protesting against the compulsory hijab. These women are engaging in what is known as 'anti-hijab' protests, and they are doing so in increasing numbers. 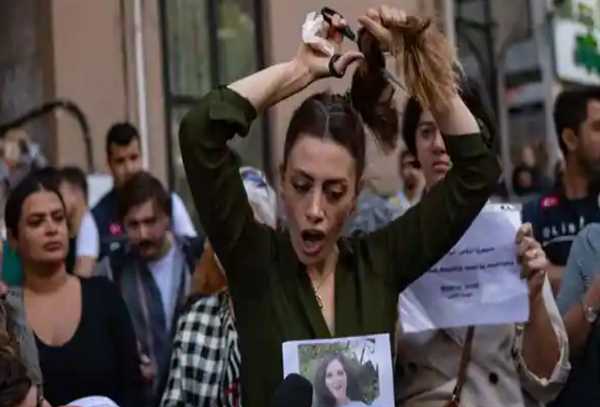 The protesters have been calling for the end of the compulsory wearing of the hijab. They have been holding demonstrations and marches in Iranian cities. The Iranian government has responded to the protests with a crackdown. The government has arrested and imprisoned several protesters.

The anti-hijab protesters are often arrested and imprisoned, and they face a great deal of violence and harassment from the government. However, they continue to fight for their rights, and they are gaining support from people all over the world. The movement is growing, and it is slowly but surely making progress.

The protesters, who are mostly women, have been demanding the repeal of the law and an end to the enforcement of the hijab in public spaces. The movement has been met with a crackdown by the Iranian authorities, with several protesters being arrested and detained.