Who were Gora and Badal?

Who were Gora and Badal?

Gora and Badal are legendary Rajput warriors whose stories can be found in the mediaeval Indian texts Padmavat (1540 CE), Gora Badal Padmini Chaupai (1589 CE), and later adaptations. They worked for Ratansen, King of Chittor (identified with Ratnasimha, also called Ratan Singh in later legends). Alauddin Khalji of Delhi attacked Chittor and captured Ratansen's wife Padmavati. Gora, Badal, and their soldiers disguised themselves as Padmini and her companions and saved the king. Gora was killed in battle during this campaign, while Badal escorted the king to Chittor.

Alauddin invades Chittor to obtain Ratan Sen's wife Padmini, and deceitfully captures Ratan Sen in Hemratan's Gora Badal Padmini Chaupai (1589 CE). Chittor's terrified nobles consider handing over Padmini to Alauddin. Gora (or Goru) and Badal (or Badil) agree to defend her and save King Ratansen. They pretend to make plans to transport Padmavati to Alauddin's camp, but instead bring warriors hidden in palanquins. They save the king; Gora dies fighting Alauddin's army, and Badal returns the king to the Chittor fort. Gora's wife sets herself on fire (sati). Gora is rewarded with half of Indra's throne in heaven. 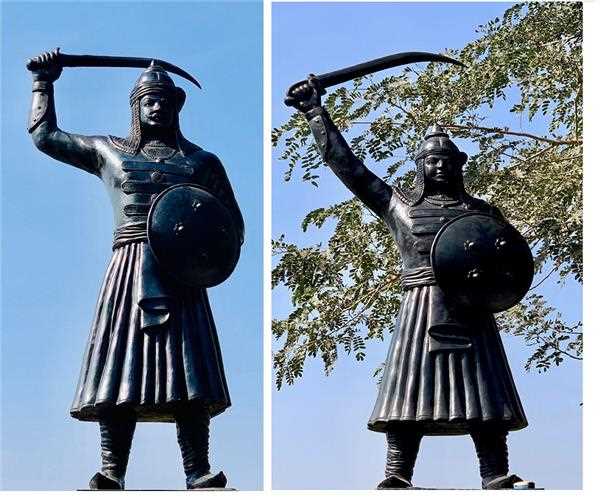 Gorani Singh and Badal are great and mighty rajput warriors of Mewar (chittor), who fought against the Khalji sultanate to save Rani Padmavati's pride and the life of Mewar's Rawal (king). They fought with such bravery that even Afghan soldiers admire their bravery. They fought even after the enemy took their head. They characterise the rajput sayings'sar kante par fir bhi dhar dushman se ladhe' and 'vir or virgati ki koi umar nahi hoti' because Badal was 18 at the time of his execution.