What is the Mahabodhi temple in Bodhgaya, Bihar?

What is the Mahabodhi temple in Bodhgaya, Bihar?

According to traditional accounts, Siddhartha Gautama, a young prince who observed the suffering in the world and desired to put an end to it, arrived at the forested banks of the Phalgu river, close to the Indian city of Gaya, around the year 589 BCE. He did his meditation there, beneath a sacred fig tree known as a peepul tree (Ficus religiosa or the Bodhi tree). According to Buddhist texts, Siddharta found enlightenment and the solutions he was looking for after three days and three nights. Emperor Ashoka constructed the Mahabodhi Temple there in about 260 BCE. 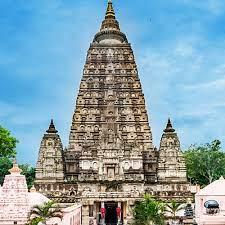