Why is Bihar most productive state, the least developed state in India?

Why is Bihar most productive state, the least developed state in India?

Please log in or register to vote.
0 votes
answered 18-Aug-2020 by Anonymous User 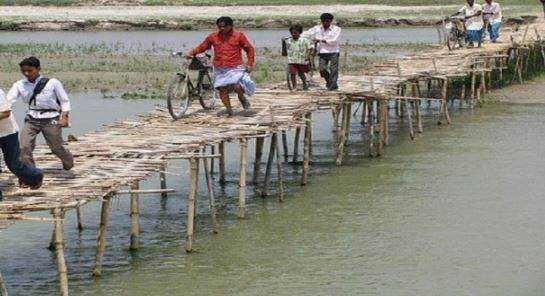 There is only one reason for the state of Bihar to be so backward that every citizen of the country is very critical, very rash. He does not have the stamina to be as happy as he is. This is the reason why the days of rape, theft, robbery, and casteism are increasing. If any Bihari citizen goes to work in another state, then due to his wrong antics, all the workers create problems for the Biharis.

Compare Bihar with any other state like Rajasthan where there is a famine every year, yet its citizens are tolerant. However, they have good tolerance. Rajasthani citizens will meet in other states as businessmen too. There is nothing in Rajasthan in the name of employment, yet people here support the business more.
There is a long tradition of scams in Bihar. The echo of some famous scams was heard even abroad. This tainted the image of Bihar. Talking about the recent situation, some of the scams here are also a sore throat for the government. While there is a lot of wrangling between the parties and the opposition about these scams, the public is in awe. The government is taking action. But, there are scams that are not taking the name of the stoppage.
The political reasons were dominated like this, our understanding of Bihar was independent of the British, but Bihar was more complicated than the British and enslaved by the monarchy, politicians, whose condition is now improving at the pace of the turtle. Many instances have come forward where people and people's properties have been fiercely exploited by politicians and scam on scams. When the exploitation of humanity is there, the economy here has come to an unconscious state and thus making Bihar the least developed state in India.