Why did the Indian Government ban PFI?

Why did the Indian Government ban PFI?

The Central Government banned the Popular Front of India (PFI) for five years on September 28, 2022, for alleged links to global terror groups and terror funding. The PFI, which has now been barred from operating for the next five years, had been on the government's radar for its alleged role in violent protests across the country. Authorities detained scores of its members on Tuesday and earlier this month, accusing them of violence and 'anti-national' activities in order to keep track of their activities.

WHY WAS PFI SUSPENDED?

1. FEELINGS OF ANTI-NATIONALITY: In its order, the government claimed that the PFI was inciting anti-national sentiments. It also claimed that the Popular Front of India was radicalizing a specific segment of society in order to sow discontent with the country.

2 THE RADICALIZATION OF A COMMUNITY: According to the order, the PFI and its associates, affiliates, or fronts have been working 'covertly to increase radicalization of one community by instilling fear in the country, as evidenced by the fact that some PFI cadres have joined international terrorist organizations.'

3 LINKS WITH SIMI: According to the government order, some of the PFI's founding members are leaders of the Students Islamic Movement of India (SIMI), which has also been banned for its activities.

4 CONNECTION WITH JMB: According to the government order, PFI has ties to Jamat-ul Mujahedeen Bangladesh (JMB), both of which are proscribed organizations.

5 INTERACTIONS WITH THE ISLAMIC STATE: According to the Central Government, there have been several instances of PFI international links with the Islamic State of Iraq and Syria (ISIS) or Islamic State (IS).

6 ABUSE OF INDIA: According to the notification, the PFI has also shown 'sheer disrespect towards the constitutional authority of the country with funds and ideological support from outside it has become a major threat to the internal security of the country.'

7 SUSPECTED FUNDING: According to the order, 'the PFI's office bearers and cadres, along with others, are conspiring and raising funds from within India and abroad through banking channels.' as well as hawala, donations, and so on as part of a well-crafted criminal conspiracy and then wan transferring, layering, and integrating these funds through multiple accounts in order to project them as legitimate, and then using these funds to carry out various criminal, unlawful, and terrorist activities in India.'

8 PFI CADRES WERE INVOLVED IN VIOLENT ACTIVITIES: According to the government order, 'investigations in various cases have revealed that the PFI and its cadres have repeatedly engaged in violent and subversive acts.' 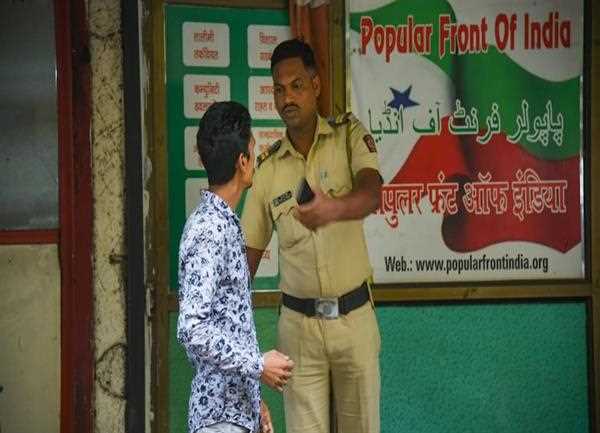