How good is the future of the Aam Aadmi Party?

How good is the future of the Aam Aadmi Party?

The Aam Aadmi Party (AAP) was formed in 2012 with the intention of providing an alternative to the existing political parties in India. The party's name literally translates to 'common man's party', and it was founded by Arvind Kejriwal, a former bureaucrat who had become a well-known activist.

The AAP's successes in these elections have led to it being seen as a major force in Indian politics, and there is much speculation about the party's future. The AAP is currently in power in Delhi, and there is a possibility that the party could win the upcoming 2019 Lok Sabha elections. If this were to happen, it would be a major political upset, as the AAP would be the first party other than the Congress or the Bharatiya Janata Party to form a government at the national level. The AAP is also seen as a possible challenger to the ruling Bharatiya Janata Party in the next general elections. The party has been critical of the BJP's handling of the economy, and has promised to provide a more efficient and corruption-free government if it comes to power.

The party's main focus has been on the issue of corruption. It has been very critical of the way the country is run and has promised to bring about a change if it is voted to power. The party's main opponent is the Bharatiya Janata Party and its main ally is the Congress party.

The party's main weakness is that it is yet to find a face for itself in the national level. The party's leaders are mostly from Delhi and it will be difficult for the party to project itself as a national party.

The party's future depends on how it performs in the upcoming elections. If the party is able to win a few seats in the Lok Sabha elections, it will be a big boost for the party. However, the party will need to perform well in the state assembly elections to prove its mettle. The party's long-term future will also depend on how it is able to expand its support base. The party will need to find ways to connect with the people in the rural areas and the urban areas. The party will also need to find ways to connect with the youth. The party's future is bright and it has all the ingredients to become a major player in the country's politics. 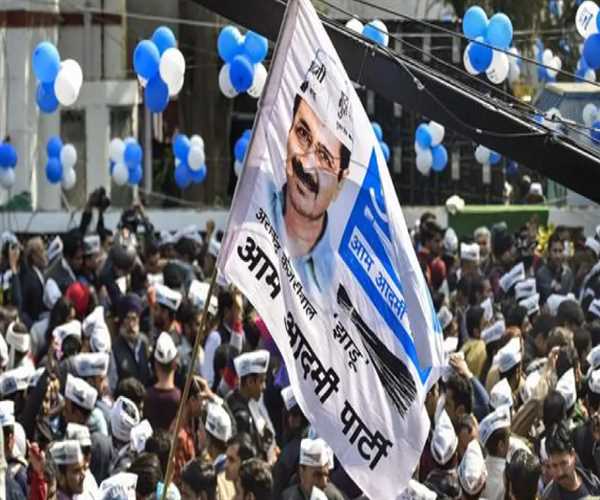