What is the name of the method to demolish tall buildings?

What is the name of the method to demolish tall buildings?

Building implosion is the deliberate placement of explosive material and timing of its explosion in the controlled demolition business such that a structure falls on itself in a matter of seconds, limiting physical harm to its immediate surroundings. Building implosion also refers to the small detonation of other buildings such as bridges, exhaust fumes, skyscrapers, and tunnels. 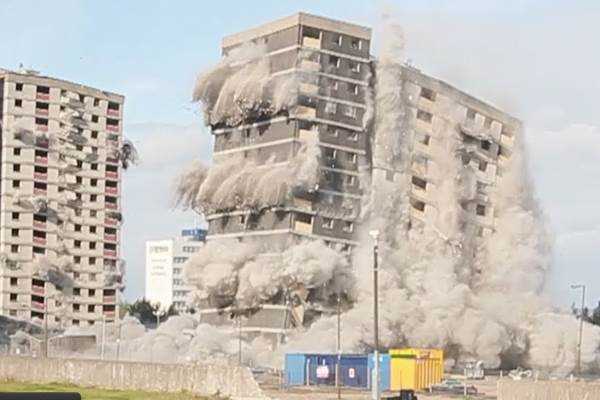 Building implosion, which might take months or years to complete using other means, is most common in metropolitan areas and frequently includes big landmark structures. The term 'implosion' is a misnomer when referring to the demolition of a structure. This was reported about the demolition of the 1515 Tower in West Palm Beach, Florida. 'You utilize explosive materials in vital structural links to allow gravity to pull it down.'
Add comment
answered 01-Feb-2022 by Anonymous User