What is the solution of DLL hell problem ?

How DLL hell problem can be solved in .NET Framework?

Let's, Suppose you have 2 applications in which they are sharing the same common. 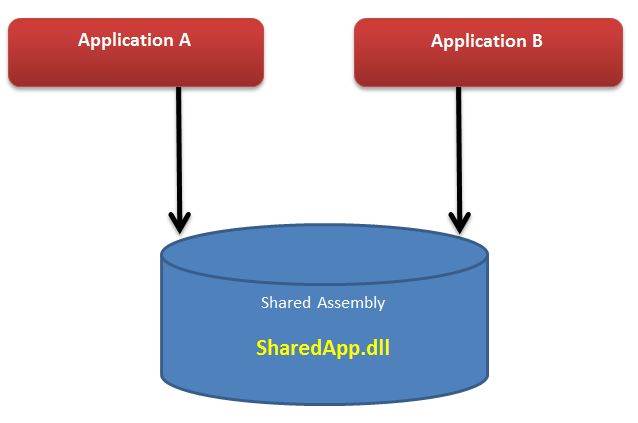 Dll file for performing some task. After a several period of time an update of application 2 has been released in which they hae also upgraded the Dll file functions too. Now the user will upgrade that Application but after upgrading their application 1 in which the same function is using now that will not work properly because of Update. So to overcome this error .NET comes with the versioning feature.

Let's know about the version control.
Version Control is the concept which has been used by new applications. When you install the application then a dll file will created with version number suppose 1.0.0.0, now the upgrade has been released and now the dll file with 2.0.0.0 has been installed on your system Now, none of the application will get affected because of updates.