What is the science behind the decay of the Human Body?

What is the science behind the decay of the Human Body?

The human body is a complex and intricate machine that is subject to the laws of physics and chemistry. As we age, our bodies undergo a process of decay that is inevitable and ultimately leads to death. Understanding the science behind the decay of the human body can help us better understand the aging process and may provide insights into ways to slow or prevent it.

One of the key drivers of the decay of the human body is cellular aging. Our cells are constantly dividing and reproducing, but as we age, the rate at which they divide slows down. This can lead to a decline in the function of our organs and tissues. Additionally, as cells divide, the protective caps on the ends of our chromosomes, called telomeres, get shorter. This shortening of telomeres has been linked to aging and age-related diseases.

Another factor that contributes to the decay of the human body is oxidative stress. Our bodies produce molecules called free radicals that can damage our cells and contribute to aging and disease. Our bodies have built-in mechanisms to neutralize these free radicals, but as we age, these mechanisms become less effective. This can lead to an accumulation of damage to our cells and tissues.

Inflammation is another process that contributes to the decay of the human body. Chronic inflammation has been linked to a number of age-related diseases such as heart disease, diabetes, and cancer. As we age, our immune system becomes less effective at controlling inflammation, which can lead to a decline in our overall health.

The aging process is also accompanied by a decline in the body's repair mechanisms. The accumulation of DNA damage, and the decrease in the ability of the body to repair it, is another factor that leads to the decay of the human body.

In conclusion, the decay of the human body is a complex process that is driven by a variety of factors such as cellular aging, oxidative stress, inflammation, and hormone decline. While the aging process is inevitable, understanding the science behind it can help us better understand how to slow or prevent it. Eating a healthy diet, exercising regularly, and avoiding exposure to toxins can all help reduce the impact of these aging processes on our bodies. Additionally, it is important to be aware of the signs of aging and to seek medical advice if any symptoms or concerns arise. 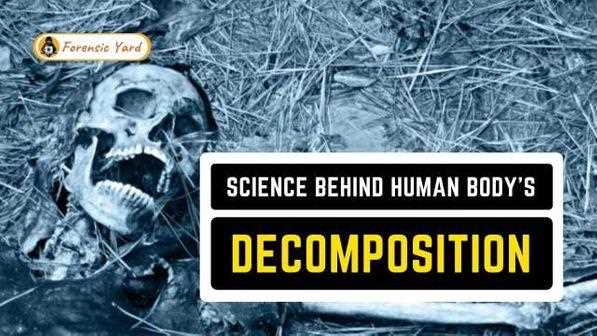 The science behind human body decomposition is a complex process that is influenced by a number of factors such as temperature, humidity, and the presence of microorganisms. The process of decomposition begins immediately after death and can be divided into several stages.

Immediate Stage: In the first stage, immediately after death, the body's cells start to die and the body cools down. This stage is known as the 'immediate stage' and can last anywhere from minutes to hours.

Early Decomposition: As the body begins to decompose, enzymes in the cells start to break down the body's tissues. This stage is known as the 'early decomposition' stage and can last anywhere from several hours to several days. During this stage, the body may appear pale and waxy, with a noticeable change in color and odor.

Bloat Stage: As decomposition continues, the body's internal organs begin to break down and produce gases. This stage is known as the 'bloat stage' and is characterized by an increase in the body's size and a strong, foul odor.

Active Decay: During the 'active decay' stage, the body's tissues continue to break down, and the body's skin and hair begin to detach. This stage can last anywhere from several days to several weeks.

Advanced Decay: The final stage of decomposition is known as the 'advanced decay' stage. During this stage, the body's tissues have completely broken down, leaving only bones and teeth. This stage can last anywhere from several weeks to several months.

In conclusion, the science of human body decomposition is a complex process that is influenced by a number of factors such as temperature, humidity, and the presence of microorganisms. Understanding the stages of decomposition and the factors that affect them can help forensic scientists and medical examiners understand the time and cause of death.