What is the latest drill of China over Taiwan boundary?

What is the latest drill of China over the Taiwan boundary?

Taiwan, officially known as the Republic of China (ROC), has been a source of tension between China and the United States for decades. In recent months, there has been an increase in Chinese military activities near Taiwan's airspace, which has led to concerns about the potential for conflict in the region.

The Chinese government claims Taiwan as part of its territory and has never ruled out the use of force to bring the island under its control. In recent years, Beijing has ramped up pressure on Taipei by increasing military drills and flybys near Taiwan, as well as by poaching Taiwan's diplomatic allies and pressuring international companies to refer to Taiwan as 'Taipei' or 'Chinese Taipei' rather than 'Taiwan.' 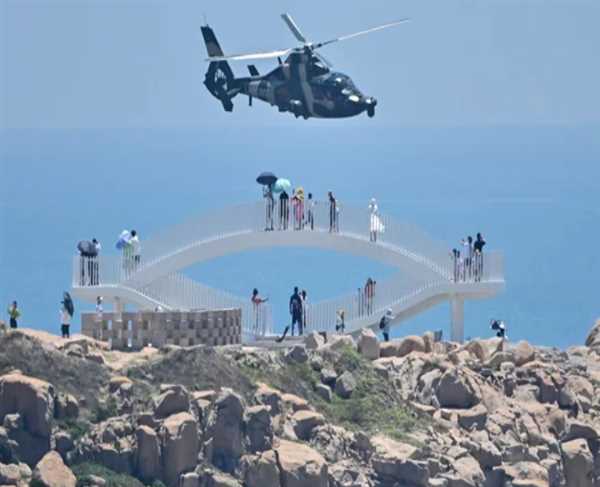 Recently, the Chinese People's Liberation Army (PLA) has been conducting a series of military drills in the Taiwan Strait, which separates Taiwan and mainland China. These drills have included the simulated attack on Taiwan-controlled islands and the use of fighter jets and warships. The Chinese government has said that these drills are meant to send a message to Taiwan that it will not tolerate any moves toward independence.

These drills have been met with concern and condemnation from the United States and other countries that support Taiwan's sovereignty. The US has stated that it will continue to support Taiwan's defense and has sent naval ships to the region in a show of support.

The Taiwan Strait is a crucial waterway for global trade and any potential conflict in the region would have serious implications for the global economy. The situation is also complicated by the fact that the US has a defense treaty with Taiwan, which means that if Taiwan is attacked, the US could be drawn into a conflict with China.

The Chinese government has also been increasing its efforts to isolate Taiwan diplomatically and has been pressuring other countries to not recognize Taiwan as a separate country. This has led to some countries severing diplomatic ties with Taiwan in favor of closer ties with China.

Despite the increasing pressure, Taiwan has maintained its stance of self-rule and has been strengthening its ties with other countries through economic and cultural exchange. The Taiwanese government has also been increasing its defense spending and modernizing its military in response to the threat from China.

In conclusion, the situation in the Taiwan Strait is a complex and delicate one, with the potential for serious consequences if not handled carefully. The Chinese government's continued military drills near Taiwan's airspace and pressure on Taiwan's sovereignty are causing concern and condemnation from the international community, particularly the United States. The Taiwan Strait is a crucial waterway for global trade and any potential conflict in the region could have serious implications for the global economy. It's crucial for all parties involved to find a peaceful resolution and avoid any kind of military action. The US has a defense treaty with Taiwan, so any kind of military action from China could lead to a US intervention and a dangerous escalation of the situation. All sides must work towards a peaceful and diplomatic resolution to the issue to ensure stability in the region.