What is the Hydrogen Train and when India is going to run it?

What is the Hydrogen Train and when India is going to run it?

The Hydrogen Train is a revolutionary form of transport that is powered solely by hydrogen fuel cells. It is a clean and green alternative to traditional diesel locomotives and has the potential to revolutionize the way India travels.

The concept of the Hydrogen Train was first proposed in India in the late 2000s, and it is only now that the country is taking steps to make it a reality. The Hydrogen Train will be powered by a mixture of hydrogen and oxygen, which will be stored in tanks and used to provide the necessary power for the locomotive. This means that there will be no need for diesel fuel, leading to a drastic reduction in emissions and improving the overall air quality.

The Hydrogen Train will be able to travel faster than diesel locomotives and will be more efficient in its energy consumption, resulting in significant cost savings. This will be a major boost to India, as the country is already facing a significant energy crisis. The Hydrogen Train will also help reduce the country's reliance on imported fuel, making it a more sustainable form of transport.

The Indian government is already planning to launch the Hydrogen Train in the near future. The first phase of the project is expected to be completed by 2023, and the entire network of Hydrogen Trains is expected to be operational by 2027. This will make India the first country in the world to have a fully functioning hydrogen-powered railway system. 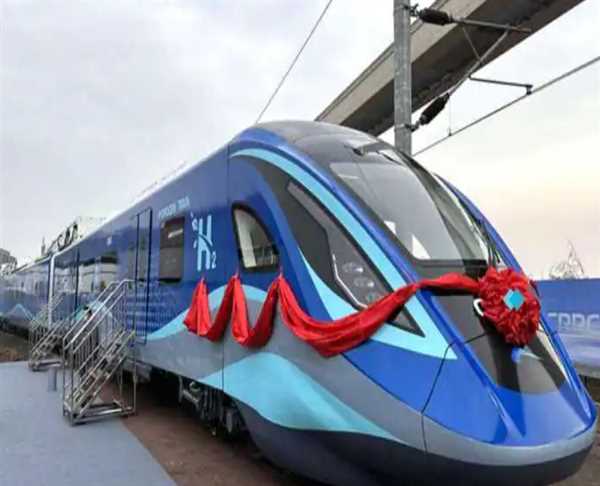 However, there are some roadblocks that India needs to address before the Hydrogen Train can become a reality. To begin with, India needs to develop its infrastructure to support the new tech. That includes building the necessary railway lines and storage facilities. Additionally, India needs to invest in the research and development of the necessary hydrogen-powered cells, as well as the technology needed to control and monitor them.

Another major roadblock is the cost associated with the Hydrogen Train. India is already dealing with a high fuel price, so the cost of the new technology could be a deterrent for many. That said, the government of India has been making efforts to provide subsidies for the Hydrogen Train, and this could make the technology more affordable.

Finally, India needs to consider the impact the Hydrogen Train will have on the environment. The technology is considered to be cleaner than traditional diesel trains and could lead to a cleaner environment, but India needs to be sure that the new system is efficient and doesn't cause any environmental damage.