How does Russia's possession of nuclear weapons affect global security?

How does Russia's possession of nuclear weapons affect global security?

The world has been living in the shadow of nuclear weapons for more than 70 years. Nuclear weapons are the most destructive and indiscriminate weapons ever invented, and their use would have catastrophic consequences for humanity.

Nuclear weapons are a unique threat to global security. They are the only weapons that have the capacity to destroy the world as we know it. The use of nuclear weapons would have catastrophic consequences for humanity.

Nuclear weapons are currently held by nine countries: the United States, Russia, the United Kingdom, France, China, India, Pakistan, Israel, and North Korea. Russia is the only country with nuclear weapons that is not a party to the Nuclear Non-Proliferation Treaty (NPT).

The Russian government has consistently stated that its nuclear arsenal is solely for the purpose of deterring aggression against the country and is not intended for use. However, the continued development and deployment of new nuclear weapons systems by Russia, as well as its aggressive rhetoric towards the West, has led to renewed concerns about the country's intentions.

In particular, the development of the new RS-28 Sarmat intercontinental ballistic missile (ICBM), also known as 'Satan 2', has raised alarm bells in the West. This new weapon is thought to be capable of carrying up to 10 independently targetable nuclear warheads and has a range of over 6,000 miles, making it capable of reaching any target in the continental United States.

While the Russian government has insisted that the Sarmat is not directed at any specific country, the fact that it is being developed at a time when relations between Russia and the West are at a low point has led to concerns that it could be used as a weapon of blackmail or aggression.

The Sarmat is not the only new nuclear weapon system that Russia is developing. The country is also working on a new class of submarines, known as the Borei-class, which are equipped with up to 16 nuclear-armed missiles. These submarines are designed to be virtually undetectable and could be used to launch a surprise nuclear attack on an adversary.

In addition, Russia is in the process of modernizing its existing nuclear weapons, including the development of a new generation of long-range ballistic missiles. These developments have led to fears that Russia is preparing for a new arms race with the United States and its NATO allies.

The Russian government has dismissed these concerns, arguing that its nuclear arsenal is purely defensive in nature. However, the continued development of new nuclear weapons systems, coupled with the aggressive rhetoric from the Russian government, has led to renewed fears about the country's intentions and the impact that its nuclear arsenal could have on global security. 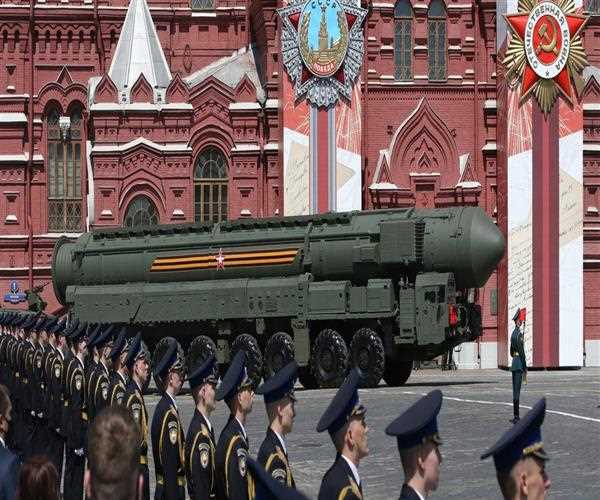