How is it possible to have a uniform civil code in India?

How is it possible to have a uniform civil code in India?

It is often said that India is a land of contrasts. On the one hand, we are a country with a rich and diverse history, on the other hand, we are a country that is home to many different cultures and religions. This diversity is reflected in our legal system, which is based on a mix of common law and personal law. Personal law refers to the legal traditions and customs that are followed by the different religious communities in India. Common law, on the other hand, is a system of law that is followed by all citizens of the country.

The Indian Constitution provides for a Uniform Civil Code (UCC) for the citizens of India. Article 44 of the Directive Principles of State Policy states that the State shall endeavor to secure for the citizens a uniform civil code throughout the territory of India. The proposal and direction for a uniform civil code are included in the Indian Constitution's directive principles. Because civil code matters are included in the concurrent list of the constitution, state legislatures have the authority to enact UCC legislation. Goa already has a Uniform Civil Code.

The UCC in India is not a reality yet. India is a country with immense diversity in terms of religion, caste, creed, culture, and language. The Uniform Civil Code is seen as a threat to this diversity.

There is a need for a uniform civil code because the current system leads to discrimination and inequality. For instance, under the Hindu Code Bills, women have unequal rights in matters of property and divorce. Similarly, under Muslim Personal Law, a man can divorce his wife simply by uttering the word ‘talaq’ three times. On the other hand, a uniform civil code will ensure the equality of all citizens before the law. It will also help in the elimination of discriminatory practices based on religion or caste.

The implementation of a uniform civil code is not an easy task. It requires a political will and a consensus among all the stakeholders. However, it is a necessary step toward creating a just and equal society. 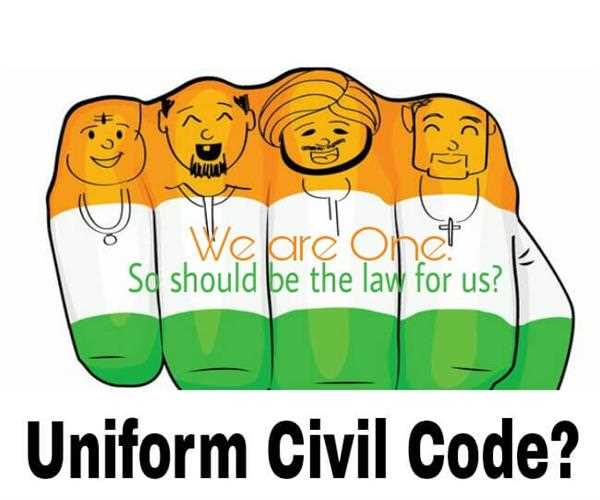